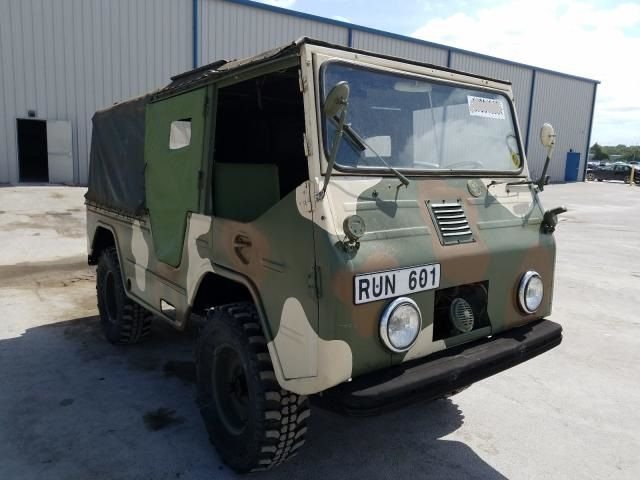 THIS 1962 VOLVO LAPLANDER L3314A IS LOCATED IN: JACKSONVILLE, FL

The Volvo Laplander L3314 is a range of military vehicles produced by Volvo.

The L33-series was offered with different body-variants such as hard-top, half-cab, soft-top, or special versions mounting anti-tank weapons. All vehicles are forward control (where the cab is located over the front axle), except the open L3304. The base version was the L3314SU softtop. Other versions were the L3314HT hardtop with mechanical winch, the L3304 anti-tank gun vehicle and the L3315 communications version, with a shielded 24V system. The L3314 was succeeded by the Volvo C303 in the late 1970s.