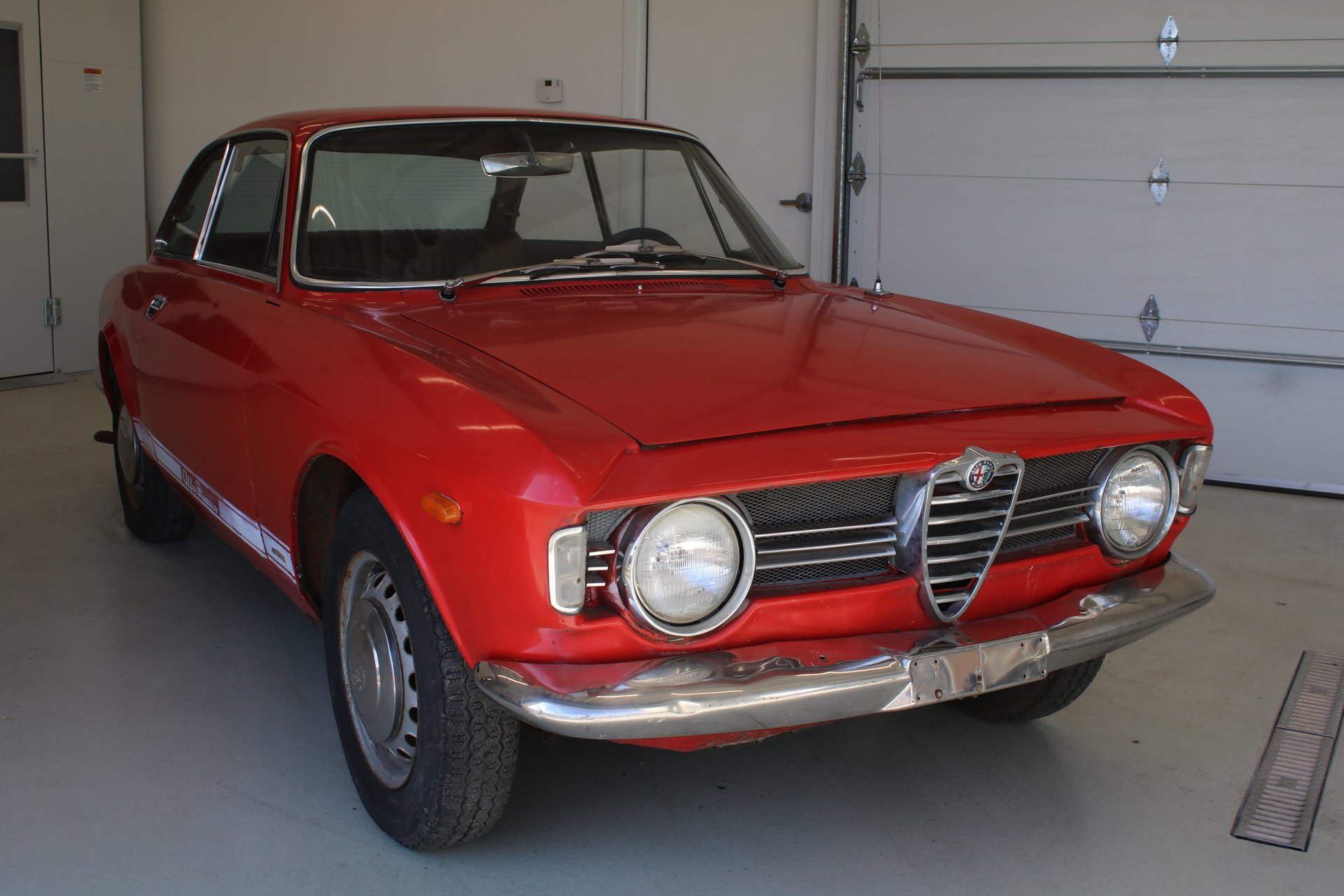 The Alfa Romeo 105 and 115 series coupés were a range of cars made by the Italian manufacturer Alfa Romeo from 1963 until 1977, based on a shortened floorpan from the Giulia saloon. They were the successors to the Giulietta Sprint coupé.

The Alfa Romeo GT 1300 Junior was the entry model to the Alfa Romeo coupé range. It was introduced in 1965 as the replacement for the 101 series Giulia Sprint 1300, which was the final development of the Giulietta Sprint series.

The GT 1300 Junior was fitted with the 1300 (1290 cc) twin cam engine (74 mm bore × 75 mm stroke), as fitted to the Giulietta series cars, but revised for the 105 series with reduced port sizes and other modifications. The smaller engine was introduced in order to allow buyers to choose an Alfa Romeo coupé while avoiding the higher taxes on the models with larger engine capacity, especially in Alfa Romeo's home Italian market.

The GT 1300 Junior was in production for over a decade. Throughout this period it was updated by the factory, incorporating many of the same revisions applied to the larger-engined models.

The first GT 1300 Juniors produced were based on the Giulia Sprint GT, with a simpler interior. The major external identifying feature was the black grille with just one horizontal chrome bar. The same 9/41 final drive ratio was maintained, but with a shorter 5th gear ratio of 0.85, instead of 0.79 as on all the other 105 Series coupés.