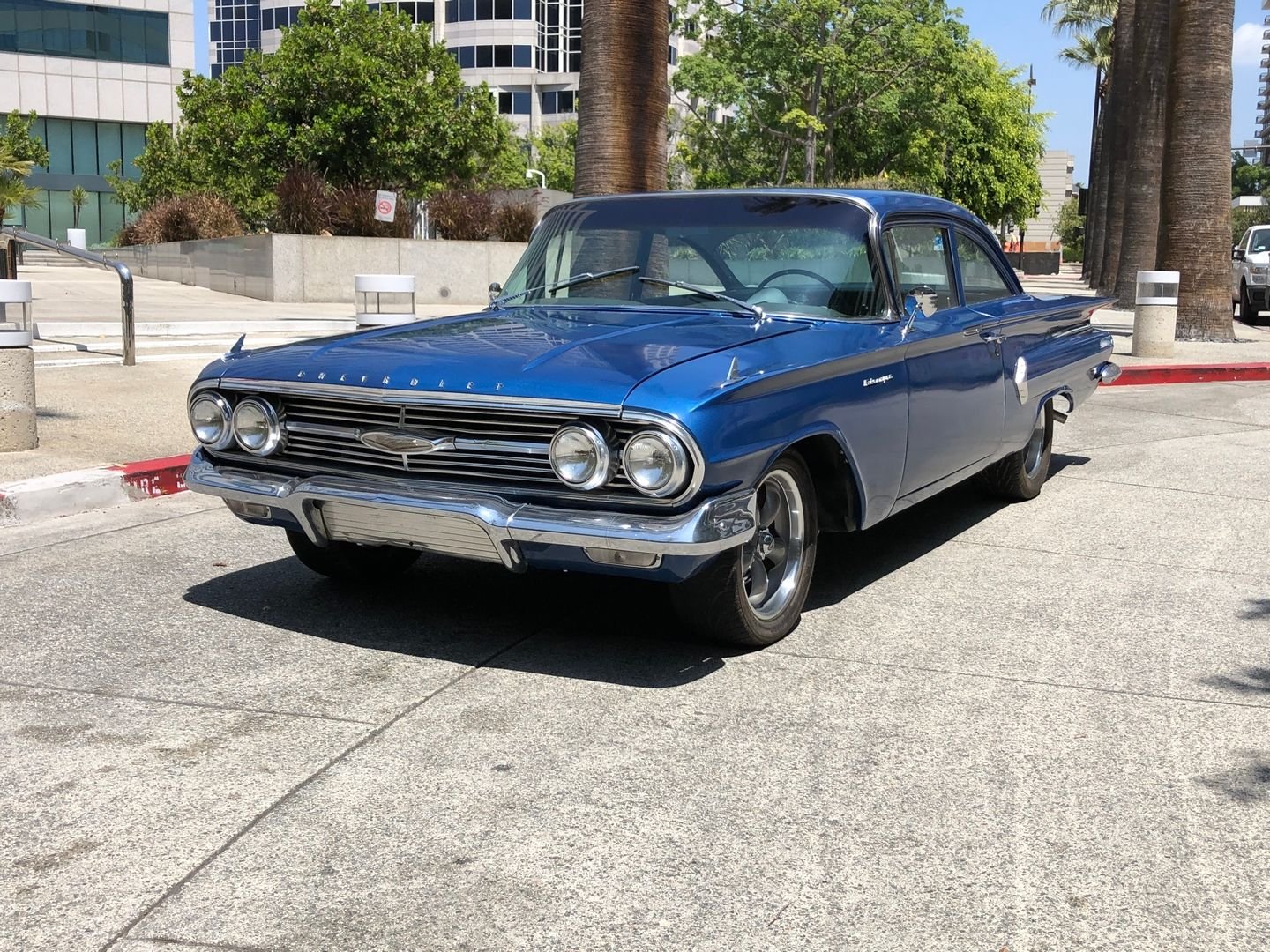 At its introduction for the 1958 model year, the Biscayne was available as a two- or four-door pillared sedan. In 1958, there was also the even lower-priced Chevrolet Delray, but this was discontinued for 1959. In 1959, the car was redesigned, and now sat on an inch-and-a-half (3.8 cm) longer wheelbase. In 1959 the two-door Utility Sedan appeared, a version lacking a rear seat and being intended as a delivery vehicle. * There was a 2 door Delray Utility Sedan offered in 1958, which substituted a platform for the rear sesting area.