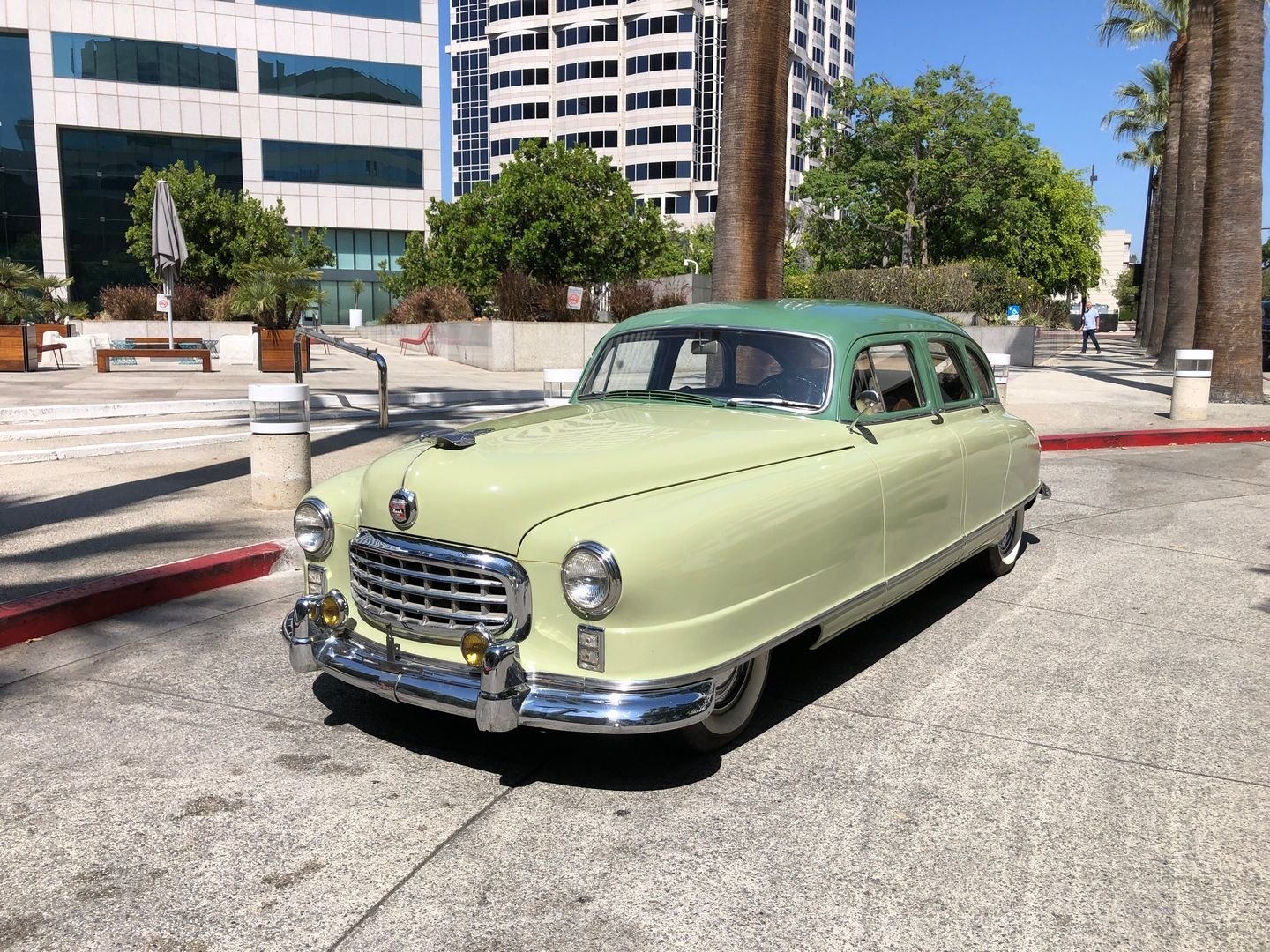 THIS 1950 NASH AMBASSADOR IS LOCATED IN: RANCHO CUCAMONGA, CA

• CLEAN TITLE
• THIS NASH AMBASSADOR HAS 70,104 MILES
• INLINE 6CYL. ENGINE
• MANUAL TRANSMISSION WITH OVERDRIVE
• OVER DRIVE WORKS
• HAS LIGHTED TURN SIGNAL AT END OF LEVER (WORKING)
• HAS SEATS THAT MAKE INTO BED
• RUNS AND DRIVES