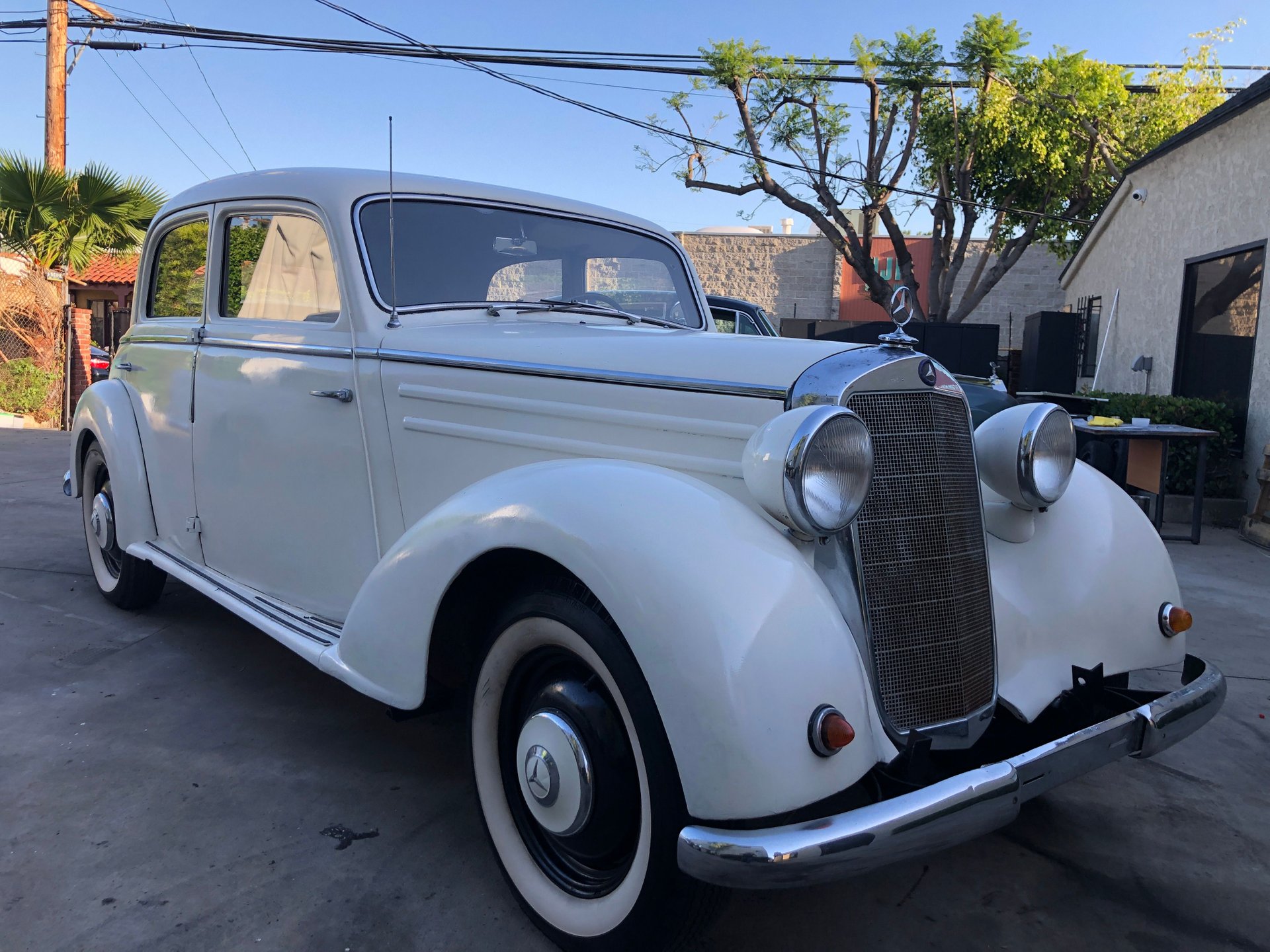 The Mercedes-Benz 170 S is a luxury car which was produced by Mercedes-Benz from 1949 until 1955 in various gasoline and diesel powered forms. It was initially offered with a 1.8 liter version of the 1.7 liter inline-four cylinder M136 engine used in the slightly smaller production type 170 V. It was the first Mercedes-Benz to carry in its name the suffix “S” (for Sonder modell (Special model) denoting a superior level of comfort and quality. As such, its intended market was successful business owners and company directors.

With the appearance of the new 1.8 liter Mercedes-Benz 180 "Ponton" in 1953, the 170 S model suddenly appeared very old fashioned. The 170 V would be delisted in September 1953, and in July 1953 the manufacturer replaced the existing 170 S with the reduced specification 170 S-V. The car that resulted combined the slightly larger body from the 170 S with the less powerful 45 HP engine that had previously powered the 170 V. The vehicle provided reduced performance but at a reduced price, while salesmen steered more prosperous buyers to the new 180. The diesel powered 170 S continued to be sold, now branded as the 170 S-D. The internal “W 191” designation which had distinguished the previous 170 S was removed, and the 170 S manufactured from 1953 returned to the “W 136” designation that they had shared till the end of 1951.