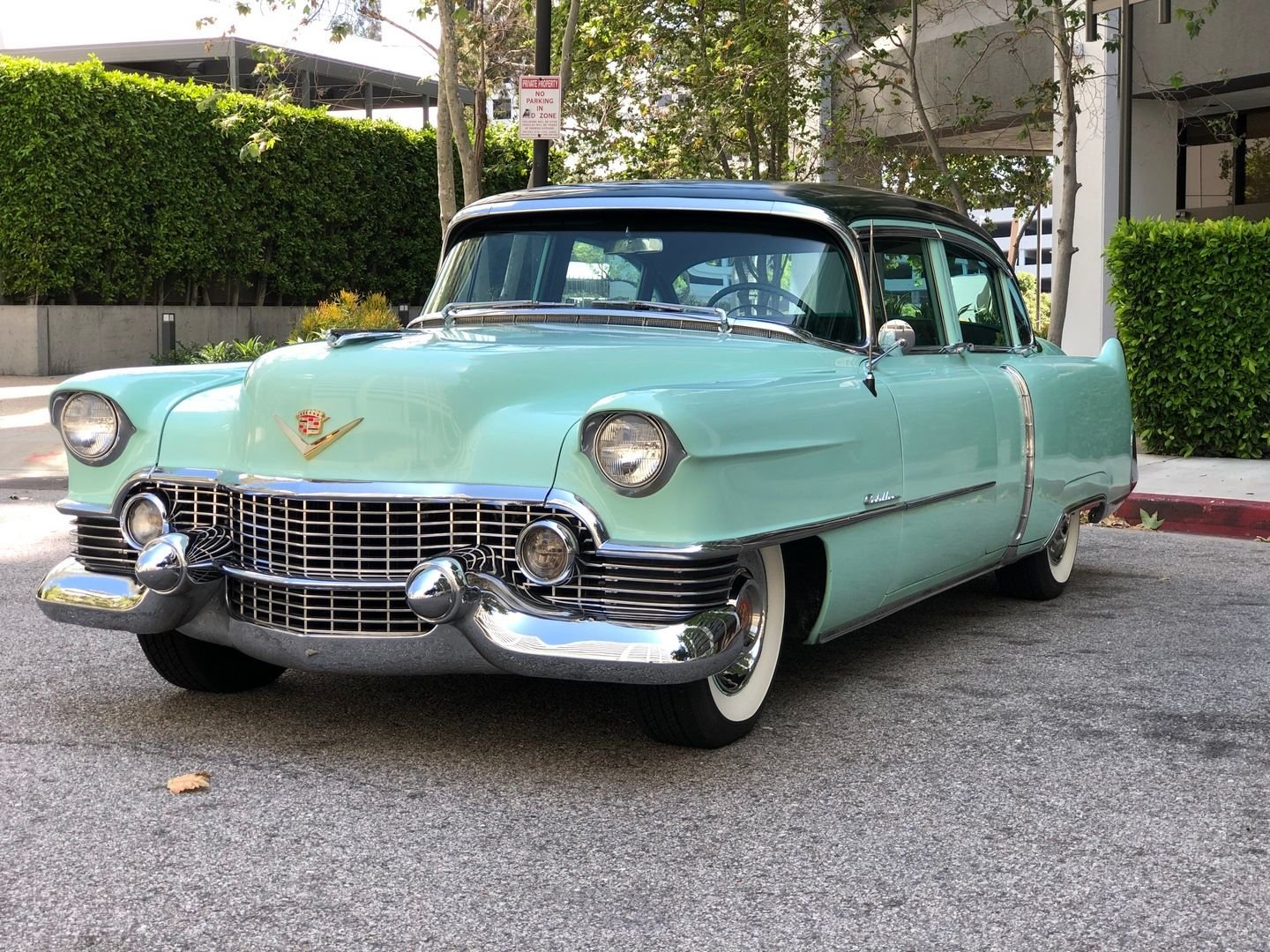 The Cadillac Series 62 is a series of cars which was produced by Cadillac from 1940 through 1964.

The first all-new postwar Cadillacs arrived in 1948, sporting an aircraft-inspired look and the first tail fins on a Cadillac. Series 62 Cadillacs had a slightly shortened wheelbase, but the track width was widened by two inches, increasing interior room. However, updated drivetrains would have to wait another year and for the time being, the new Cadillacs were still powered by the same 346 CID flathead V8 used across the board since 1941, which delivered only fair performance (0-60 in 16 seconds with a top speed of 93 mph). Fuel mileage was an estimated 14 mpg highway, 10 mpg city with the Hydramatic transmission, which was rapidly becoming the norm on Cadillacs--by 1949, only 10% of Cadillacs were ordered with the 3-speed manual gearbox. Series 62 production totaled 34,213 vehicles for the 1948 model year, accounting for 68% of Cadillac's volume. The 1948 models had been slow to get into production and did not arrive in showrooms until February 1948, consequently Cadillac produced on 50,599 total vehicles for the abbreviated model year.

The new Cadillac OHV V8 was the big news for 1949, with minor trim differences otherwise. This 331 cu in (5.4 L) engine produced 160 hp (119 kW) and weighed 200 pounds less than the old flathead V8 in addition to being shorter and lower. The 331 V8 could also handle higher compression levels to take advantage of improved, higher octane postwar gasoline formulations. The major difference between Series 61 and Series 62 models of similar body style was minor trim variations. The higher-priced series again had grooved, front fender stone shields and bright rocker panel moldings. Chevrons below the taillights were no longer seen. The convertible was an exclusive offering. A heater was optional. Sales reached a record 55,643.