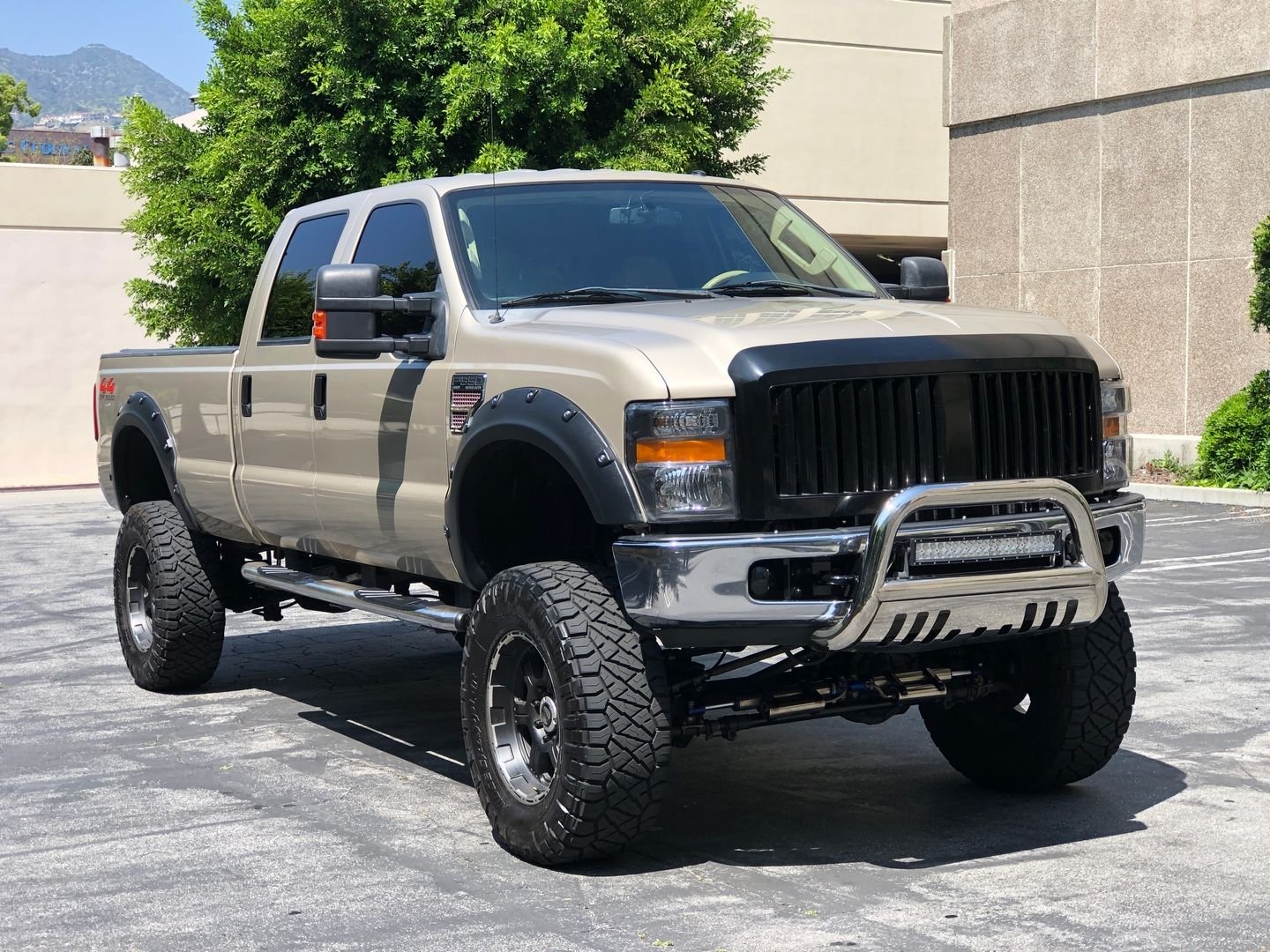 The Super Duty trucks utilize a distinct chassis from the lighter F-150, with heavier-duty chassis and suspension components to allow for higher payload and towing capacities; additionally, the product line continued the use of Ford PowerStroke diesel engines. With a GVWR over 8,500 lb (3,900 kg), Super Duty pickups are class 2 and 3 trucks while chassis cab trucks are class 4 and class 5. The F-Series Super Duty has been used as the base chassis of the Ford Excursion full-size SUV.

Ford F-250 to F-550 Super Duty trucks are assembled at the Kentucky Truck Plant in Louisville, Kentucky, while medium-duty F-650 and F-750s are assembled at Ohio Assembly in Avon Lake, Ohio (prior to 2016, medium-duty trucks were assembled in the Blue Diamond Truck joint venture with Navistar in Mexico). As of 2016, the Ford Super Duty is sold in the United States, Canada, Mexico, Venezuela (F-250 and F-350), Suriname, Brazil (F-350/F-4000), Argentina (F-4000 only), Angola (F-250 and F-350), Cambodia, the Middle East, and Iceland (F-350 only) in LHD only. In Suriname, even though traffic is on the left side of the road, the import and registry of left hand drive vehicles is allowed. In Australia, it was officially imported in right hand drive from Brazil between 2001–06, however as of 2007, Ford no longer offers the Super Duty in Australia.

The second-generation Super Duty was supposed to debut for model year 2007, but quality issues pushed it back to the 2008 model year. It features an all-new 6.4 L, 390.5 cu in Power Stroke Diesel V8 with piezo fuel injectors and sequential turbos to replace the problematic 6.0 L Power Stroke single-turbo Diesel V8. The new engine produces 350 hp (260 kW) and 650 ft⋅lbf (880 N⋅m) of torque.[13] The vehicle had its first official showing at the Texas State Fair in 2006. Ford started taking orders in January 2007. The first 2008 F450 pickup, sold to the public, was delivered to Randy Whipple of Muskegon, Michigan in February 2007.

Ford introduces its all new optional "Rapid-Heat Supplemental Cab Heater," only available on Super Duty trucks with the Diesel engine and TorqShift automatic transmission. In the winter, it quickly raises the cabin temperature to a comfortable level until the engine is warm enough to handle the job.