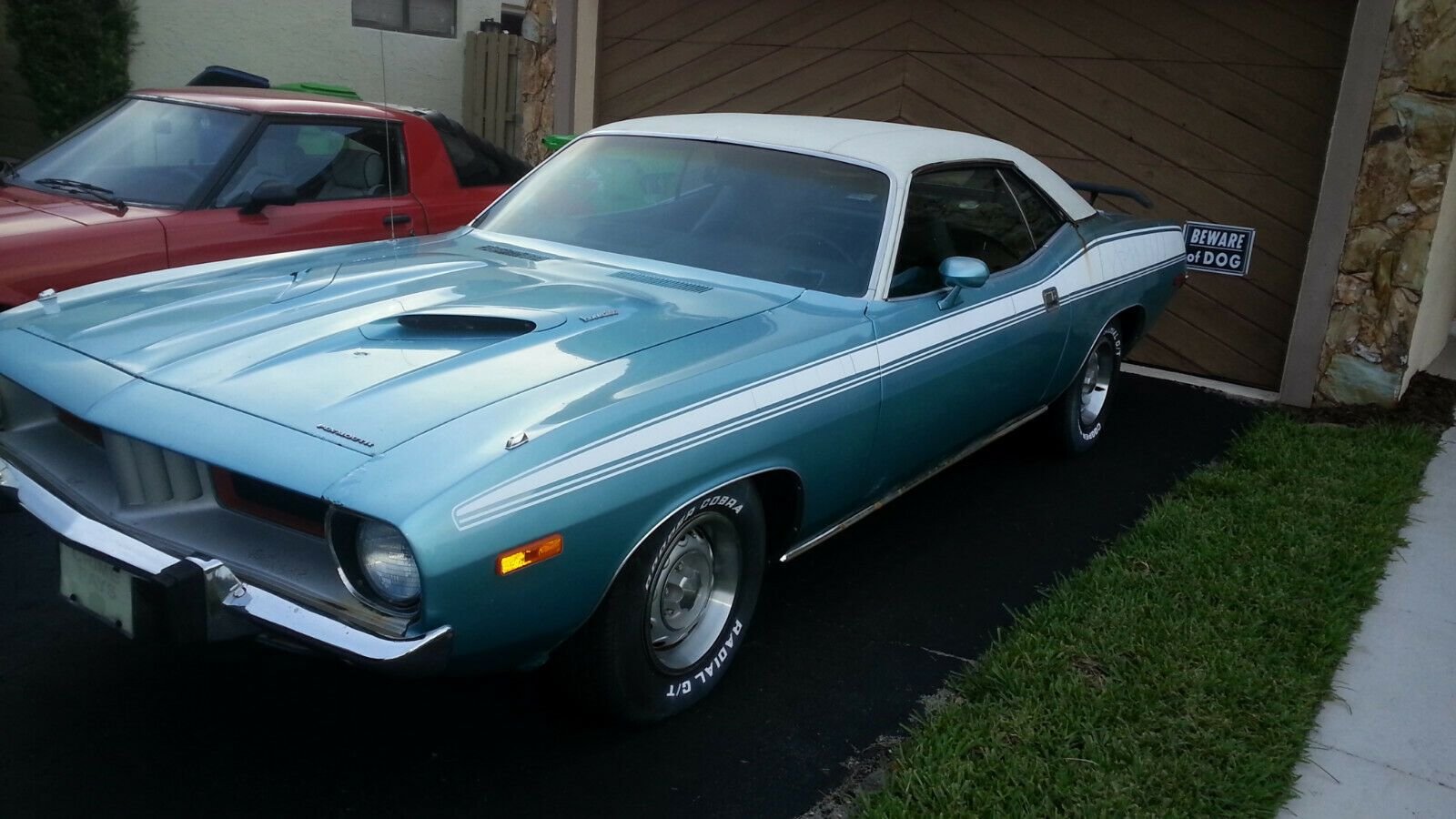 THIS 1974 PLYMOUTH BARRACUDA IS LOCATED IN: JACKSONVILLE, FL

The Plymouth Barracuda is a two-door pony car manufactured by Plymouth from 1964 to 1974.

The first-generation Barracuda, a hardtop fastback, was based on the A-body platform (shared with the Valiant). The first generation car featured distinctive wraparound back glass and was marketed from 1964 to 1966.

The second-generation Barracuda, built from 1967 to 1969, though still Valiant-based, was heavily redesigned. Body designs were now available in fastback, hardtop coupé, and convertible versions.

The third generation, offered from 1970 to 1974, was no longer based on the A-body, but on the Chrysler E-body. The completely new design was similar to the Dodge Challenger and available in hardtop and convertible body styles. The Barracuda was discontinued after the 1974 model year.

With a new grille and single headlights (very similar to the 1970 model) and four circular taillights for 1972, the Barracuda would remain basically unchanged through 1974, with new body side stripes, and minor changes to the bumpers to conform with federal impact standards being the only significant variations.