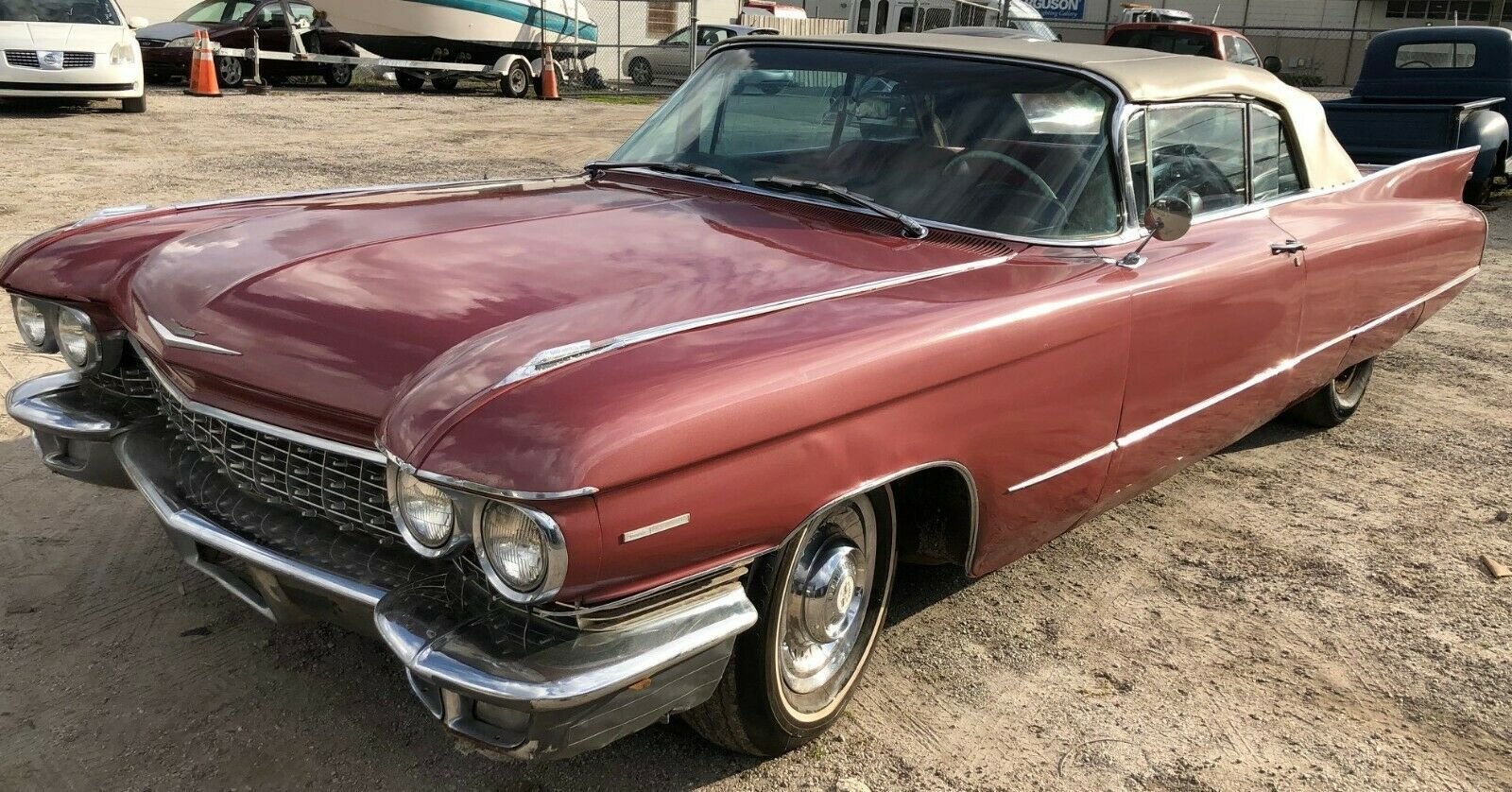 • CLEAN AND CLEAR NY STATE TRANSFERABLE REGISTRATION, FOR OLD CARS PRIOR TO 1973 NY STATE ISSUES A TRANSFERABLE REGISTRATION, SAME AS THE TITLE; YOU CAN REGISTER AND GET A TITLE IN YOUR STATE
• THIS CADILLAC SERIES 62 HAS 90,151 MILES
• V8 ENGINE WITH AUTOMATIC TRANSMISSION
• BRAND NEW INTERIOR, NICE UPHOLSTERY JOB
• THE TOP IS ABOUT A YEAR OLD AND LOOKS VERY NICE
• GARAGE KEPT
• NEEDS TLC DUE TO SITTING FOR A FEW YEARS