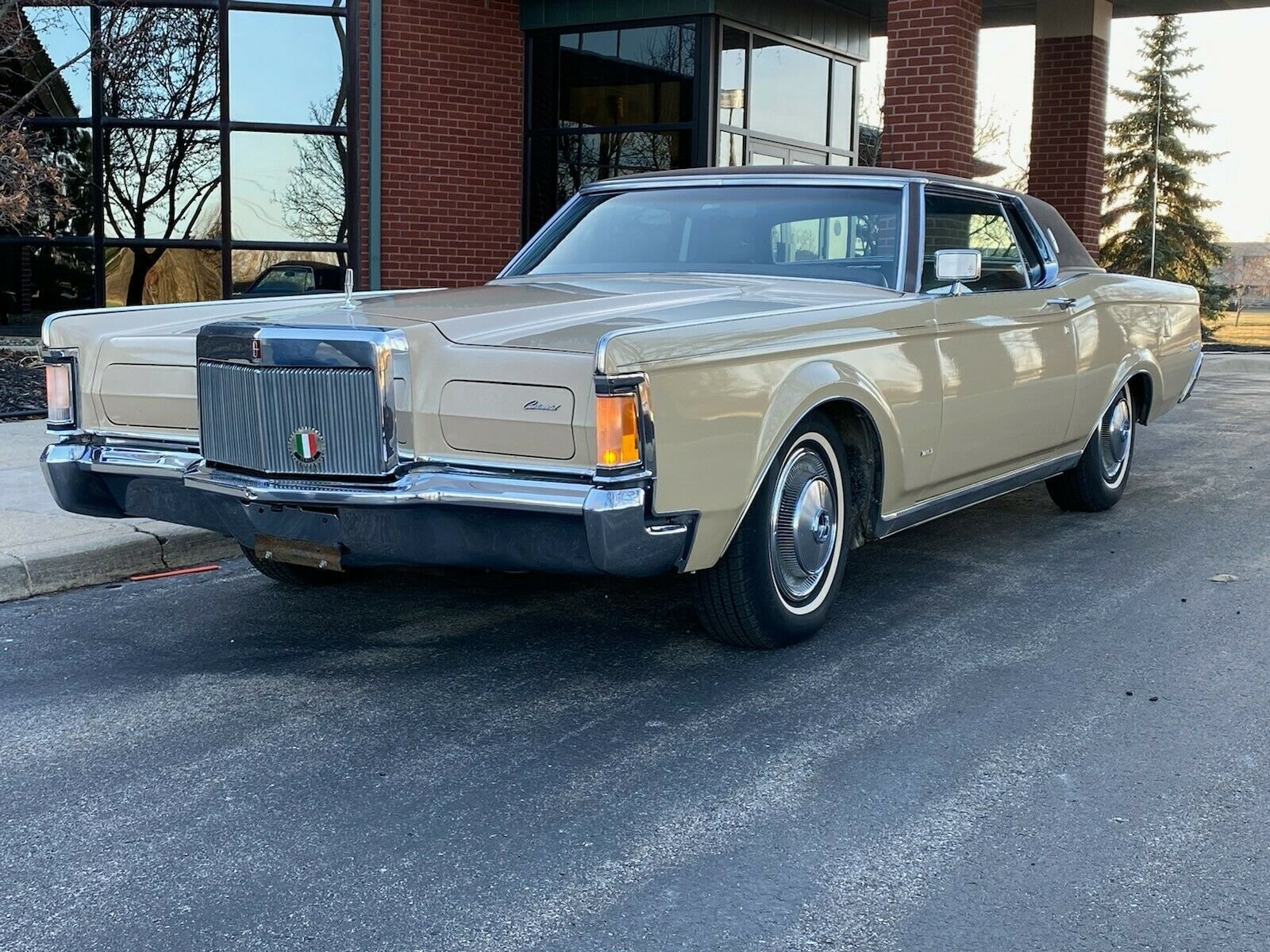 THIS 1971 LINCOLN MARK III IS LOCATED IN: WOODHAVEN, MI

The Continental Mark III is a personal luxury car that was marketed by the Lincoln division of Ford Motor Company from the 1969 through 1971 model years. The Mark III was marketed as the flagship vehicle of Ford Motor Company, serving as a successor to the 1956–1957 Continental Mark II. In what would become a three-decade rivalry, the Mark III was developed as a direct competitor to the Cadillac Eldorado after its shift to the personal luxury coupe segment in 1967.

All examples of the Mark III were produced as two-door hardtop coupes. To lower development costs, the Mark III was based upon an existing vehicle platform, sharing its chassis underpinnings with the Ford Thunderbird. To distinguish itself from the Thunderbird (and from the Lincoln Continental), the Mark III was given model-specific design elements, including hidden headlamps (with body-color covers), a radiator-style grille, and a simulated spare tire on the trunklid.

The 1970 model was the first American-made vehicle with the superior radial tire design as standard equipment.

1971 saw the Golden Anniversary for the Lincoln marque, and the third and final year of Mark III production. Sales were better than ever, at 27,091 almost equal to the Eldorado's, a harbinger for the new decade.

In its second annual King of the Hill contest Motor Trend (July, 1971) again gave the Continental Mark III the nod by a wider margin than 1970 despite it being basically a warmed over 1968 model while the Cadillac was all-new from the ground up. M/T noted that the Mark III's leather interior was far more luxurious and better detailed than the test Eldorado's nylon cloth and the Continental's real wood dash trim was far more attractive than the Cadillac's simulate.