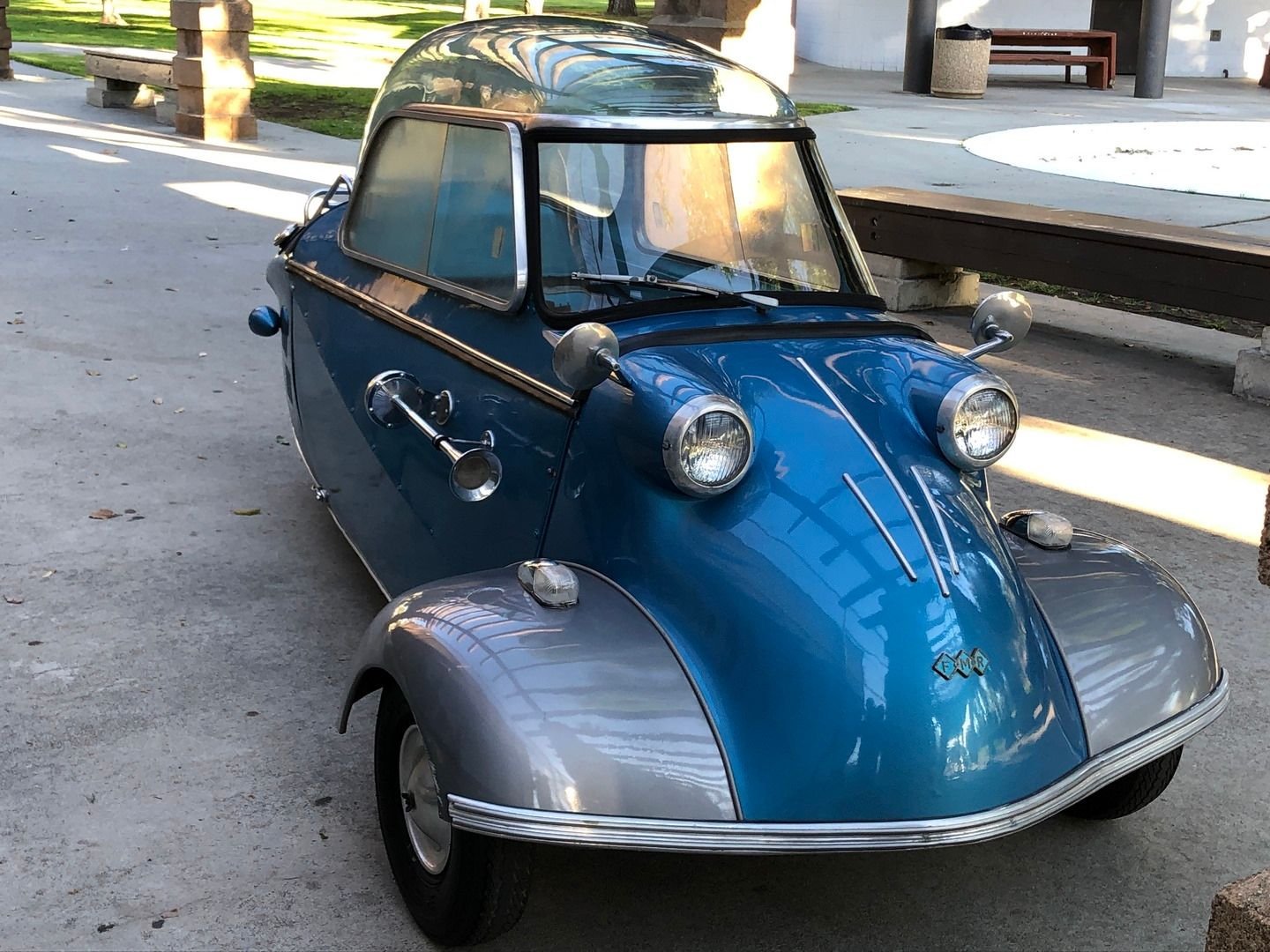 The Messerschmitt KR200, or Kabinenroller (Cabin Scooter), is a three-wheeled bubble car designed by the aircraft engineer Fritz Fend and produced in the factory of the German aircraft manufacturer Messerschmitt from 1955 to 1964.

Messerschmitt, temporarily not allowed to manufacture aircraft, had turned its resources to making other products. In 1952, Fend approached Messerschmitt with the idea of manufacturing small motor vehicles. These were based on his Fend Flitzer invalid carriage.

The KR200 replaced the KR175 in 1955. While using the same basic frame as the KR175 with changes to the bodywork (notably including wheel cutouts in the front fenders) and an improved canopy design, the KR200 was otherwise an almost total redesign. The rear suspension and engine mounting were reworked, and hydraulic shock absorbers were installed at all three wheels.