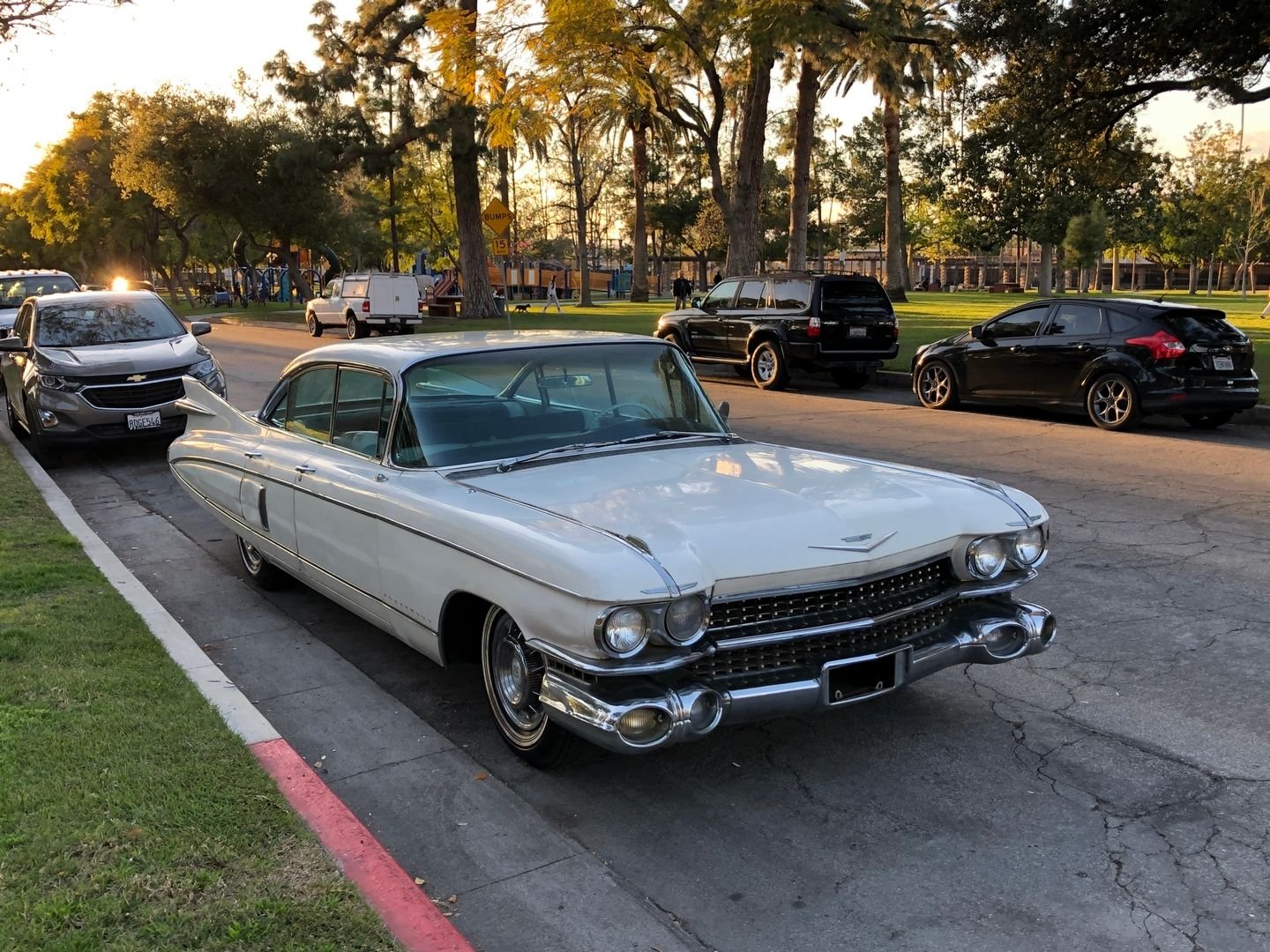 In 1959, the memorable fins appeared on nearly all Cadillacs this year, including the Sixty Special. Now riding a 3 in (76 mm)-shorter wheelbase (130 in (3,300 mm)[4]), the 225 in (5,700 mm)-long Sixty Special continued as a pillarless hardtop with its own distinct moldings - including a side-mounted dummy air-scoop on the rear fender, and a thin chrome bead that ran from the front fender back to the rear bumper, and then forward again to the front wheel well. The fin-mounted tail lights pods (which were body-colored on lesser Cadillacs) were chromed.