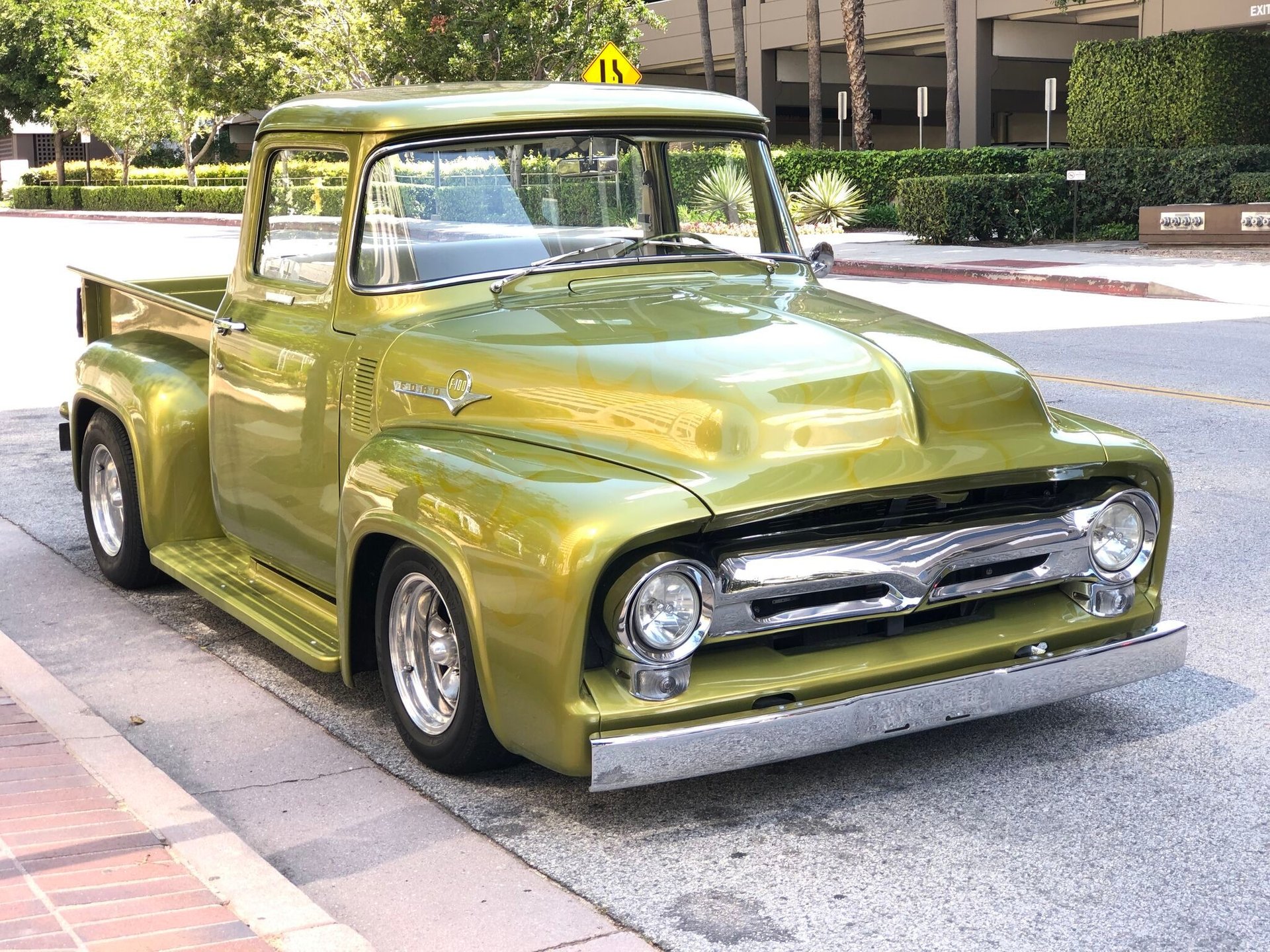 LOTS OF TIME AND MONEY WAS SPENT ON THIS ONE OF A KIND F-100
CLEAN AND CLEAR TITLE IN HAND
V8 ENGINE /AUTOMATIC TRANSMISSION
POWER STEERING
POWER BRAKES, FRONT DISC REAR DRUMS
POWER WINDOWS
COLD AC / HEAT
GORGEOUS METALLIC GREEN PAINT JOB WITH GHOST FLAMES ON THE FRONT END
BEAUTIFUL CHROME AND TRIM
WHITE INTERIOR WITH BENCH SEAT
NICE HEADLINER
ALL THE LIGHTS, GAUGES, WIPERS WORK
THIS 1956 FORD F-100 RUNS AND DRIVES LIKE A DREAM!
THIS IS YOUR CHANCE TO OWN THIS GREAT CLASSIC!