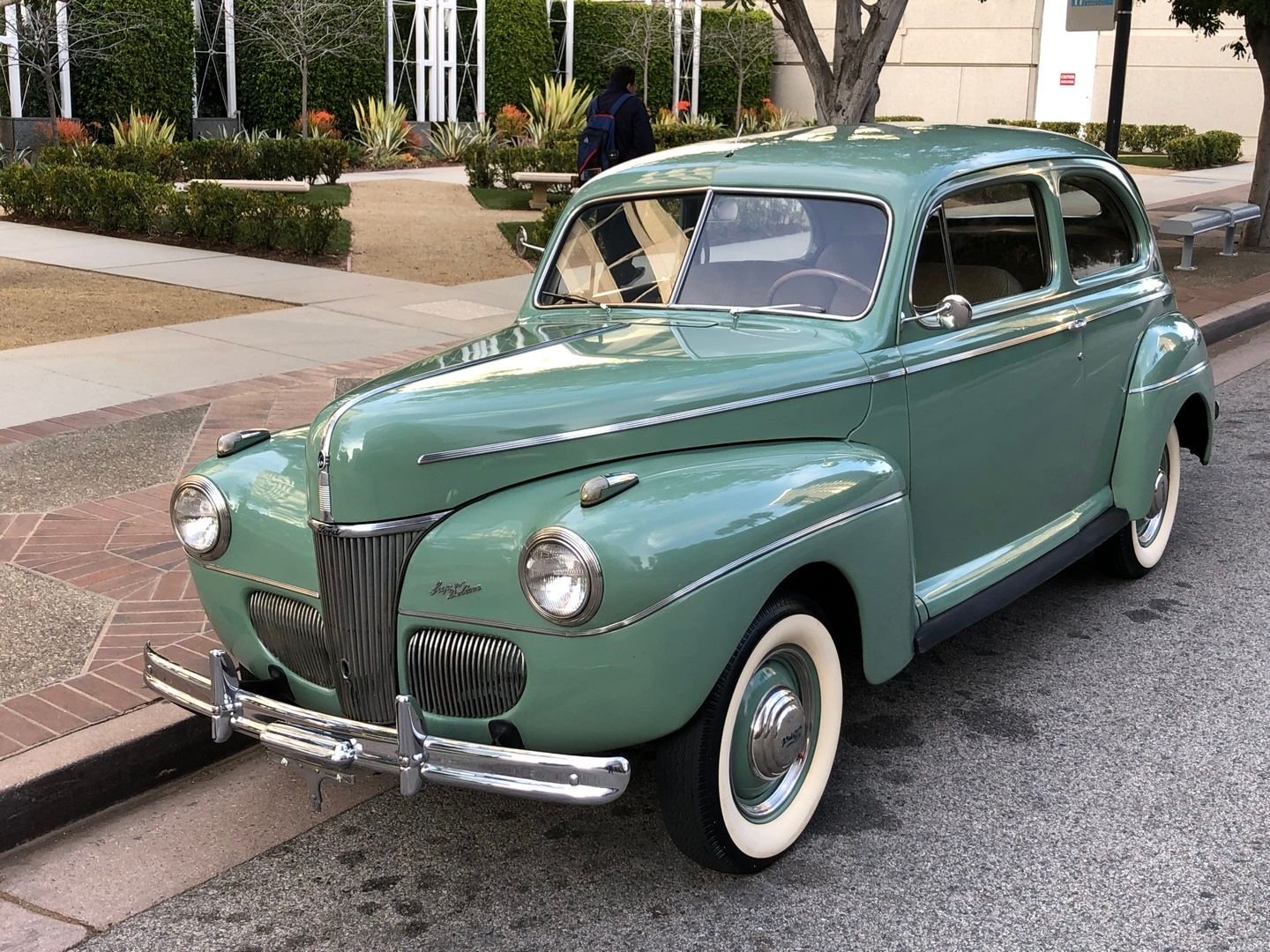 The Ford car was thoroughly updated in 1941, in preparation for a time of unpredictability surrounding World War II. The 1941 design would continue in an aborted 1942 model year and would be restarted in 1946 and produced until 1948 when the more modern 1949 Fords were ready.

Fords for 1941 were much more modern with a wide body that nearly covered the running boards. The front and rear fenders were still pronounced, but were now integrated more into the body and the headlights were pushed all the way up and out over the front wheels. The 1941 grille was a three-part affair with a tall center section bookended by twin kidneys low on the fenders and vertical bars all around. The 1941 was a bigger car with a 194.3-in (4.935-m) overall length and a width increased to 73.12-in. Body styles included two-door and four-door sedans, a sedan coupe, a business coupe, and convertible coupe, sedan delivery wagon, and woody station wagon. The Super Deluxe had several amenities of higher quality over the base models, including more chrome, leather seats, and a wood-grain dashboard. The pickup truck continued with the 1940 standard Ford styling. Production of the 1941 models was disrupted by a sudden labor strike in April 1941; Henry Ford, having resisted unionization well after the rest of the American automobile industry accepted it, finally gave in and signed a contract with the UAW.

• CLEAN TITLE
• SOLD THROUGH THE BARRET JACKSON AUCTION IN 2015
• THIS FORD SUPER DELUXE HAS 51,834 MILES
• ORIGINAL INLINE 6 CYLINDER ENGINE AND MANUAL TRANSMISSION AS IT CAME OFF THE ASSEMBLY LINE WHEN BUILT
• ALL THE FLUIDS HAVE BEEN CHANGED
• THE INTERIOR HAS BEEN COMPLETED TO OEM STANDARDS AND IS IN GREAT CONDITION
• TIRES ARE NEW AND IN GREAT CONDITION
• WELL MAINTAINED, GARAGE KEPT
• COMES WITH BOOKS
• RUNS AND DRIVES