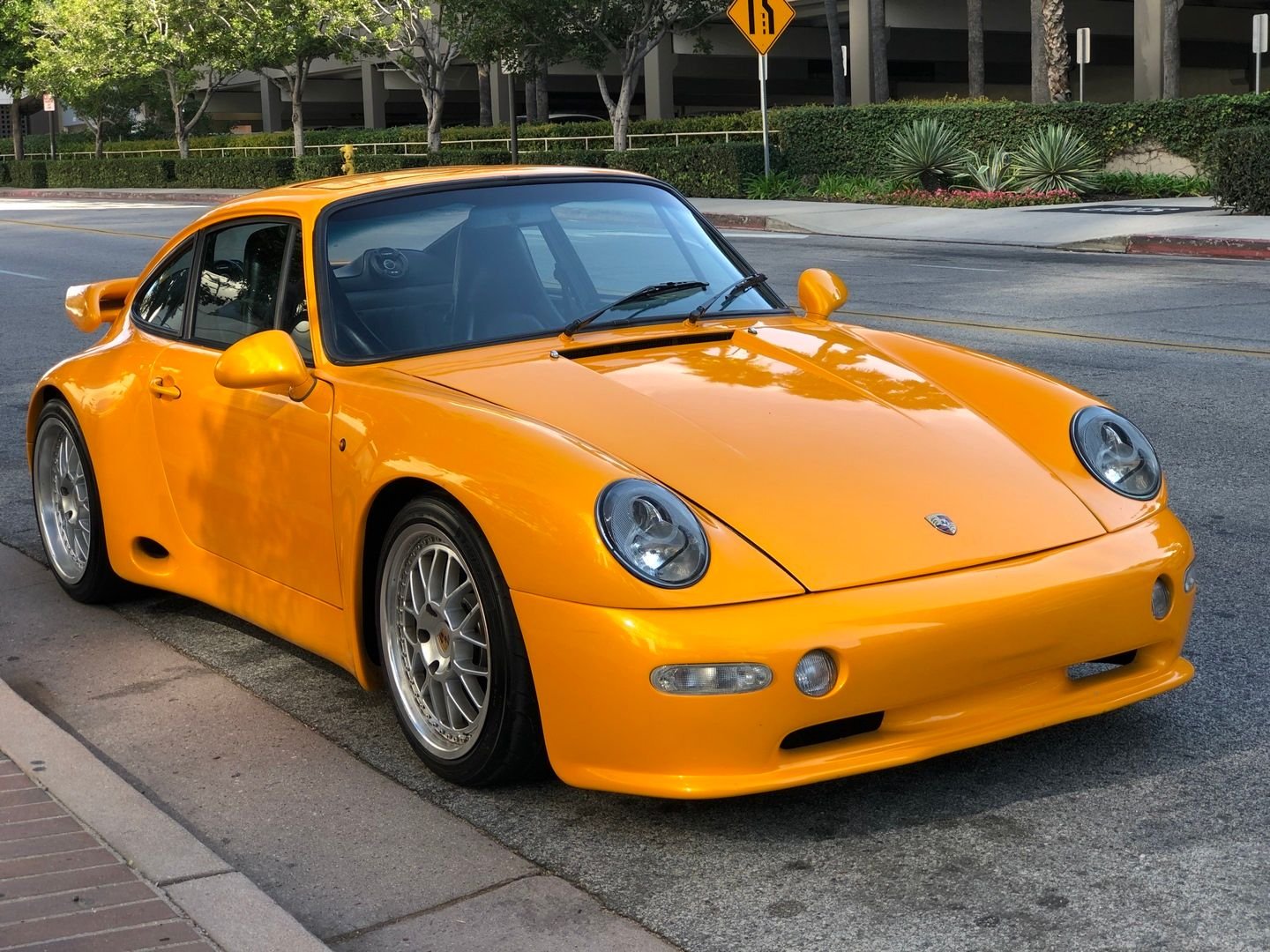 • CLEAN TITLE
• THIS PORSCHE 911 SC COUPE HAS 70,788 MILES
• REBUILT 2.7L ENGINE WITH 5SPD MANUAL TRANSMISSION
• 933 WIDEBODY KIT, CUSTOM PAINT/INTERIOR
• THIS 1977 PORSCHE 911 EQUIPPED WITH SOME CLEVER 933 ADDITIONS, LOOKS FAR MORE UP-TO-DATE THAN ANY OTHER CAR BUILT IN 1977
• IT'S A 993 WIDE BODY KIT FROM GERMANY, SO THE QUALITY IS IMPRESSIVE
• THE BRIGHT HONEY HOLLOW METALLIC YELLOW COUPE WOULDN'T LOOK OUT OF PLACE IN A MODERN PORSCHE SHOWROOM THANKS TO A SKILLFUL BLENDING OF AFTERMARKET PARTS AND AN OEM SENSIBILITY
• THE FLARED REAR FENDERS AND COOL VENTED ROCKERS ARE BEAUTIFULLY INSTALLED
• WELL MAINTAINED, GARAGE KEPT
• COMES WITH OWNER'S MANUAL
• RUNS AND DRIVES