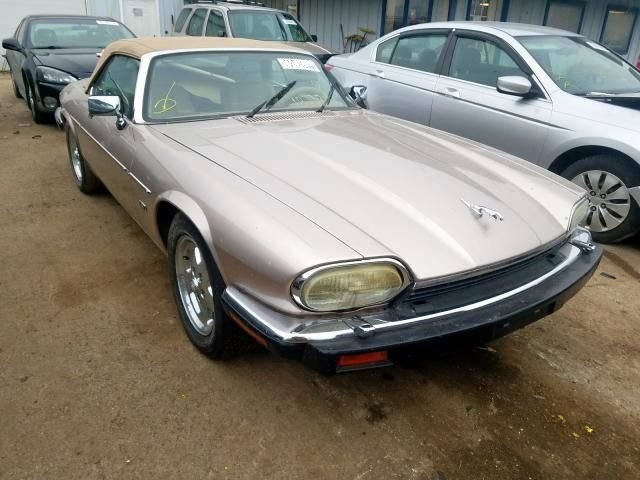 THIS 1992 JAGUAR XJS CONVERTIBLE IS LOCATED IN: PEKIN, IL

Originally developed using the platform of the then current William Heynes designed XJ saloon, the XJ-S was noted for its prominent rear flying buttresses. The early styling was partially by Jaguar's aerodynamicist Malcolm Sayer — one of the first designers to apply advanced aero principles to cars. Sayer died just before the XJ-S body styling was frozen for production.

The XJS was relaunched in its final form in May 1991 under Ford Motor Company's new ownership, as a division of its Premier Auto Group. Ford dropped the model name's hyphen, marketing it as the XJS. The rear side windows appeared enlarged despite having identical glass apertures as the earlier cars, and the buttresses remained, minimised by the new side window trim. Designer Geoff Lawson noted the buttresses were part of the car's character.