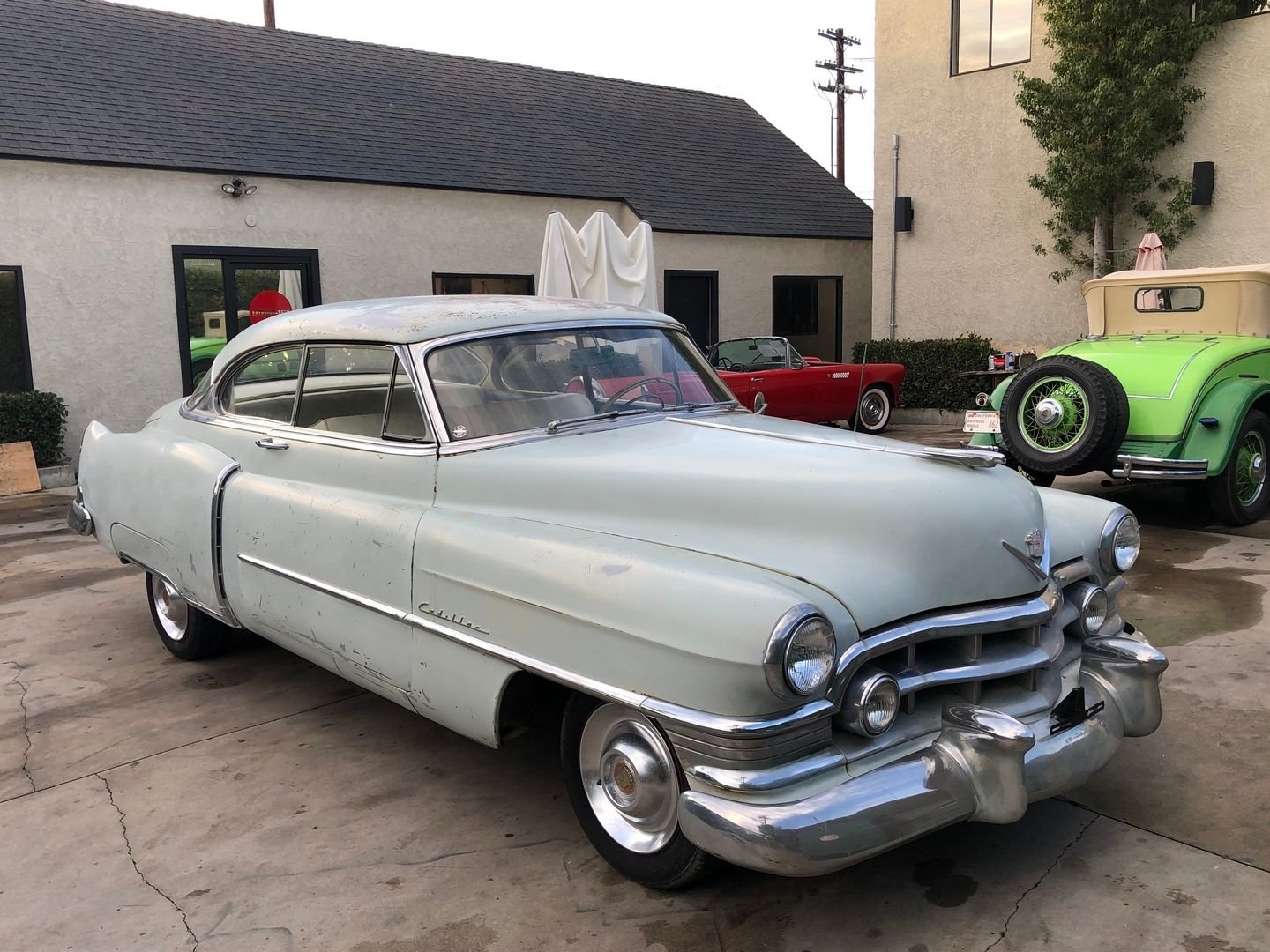 THIS 1950 CADILLAC SERIES 61 IS LOCATED IN: BAKERSFIELD, CA

Cadillacs had extensive styling changes in 1950, as its appearance is similar to cross-town rival Chrysler Imperial and the Chrysler New Yorker initially in 1949, and less so with yearly appearance changes. They looked generally heavier and had low sleek contours with longer rear decks, more sweeping front fenders and a broken rear fender line. The hood protruded more at front and was underlined by a more massive eggcrate grille. Round parking lights were used, but as in the past, when buyers chose fog lamps an additional bulb and larger housing were used. This setup combined the fog lamps and the directional signals. One piece windshields were introduced and the leading edge of the rear fenders which had a broken-off look, was highlighted by chrome imitation air slots. The rear fenders were longer and ended in a swooping tailfin design. The Cadillac script again appeared on the sides of the front fenders, but was now positioned closer to the front door opening gap. As far as Series 61 models went a big styling change was a return to marketing this line on the shorter wheelbase B-body than used on the Series 62. This led to some styling differences. For example, the Series 61 Sedan had no rear window ventipanes and featured a rear wraparound backlight. An identifying feature on both models was the absence of rocker panel moldings and rear quarter panel chrome underscores. The Series 61 was 4 inches shorter than in the previous season.