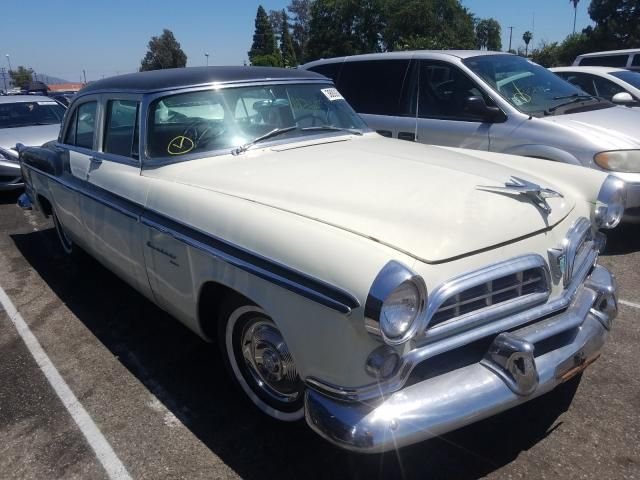 THIS 1955 CHRYSLER WINDSOR IS LOCATED IN: VAN NUYS, CA

In 1955, all Chrysler cars were completely restyled with styling by Virgil Exner, sharing some visual similarities with the all-new Imperial which became its own division.
The styling of the Windsor was more rounded and featured wrap around windshields. The word DeLuxe was added to Windsor again.