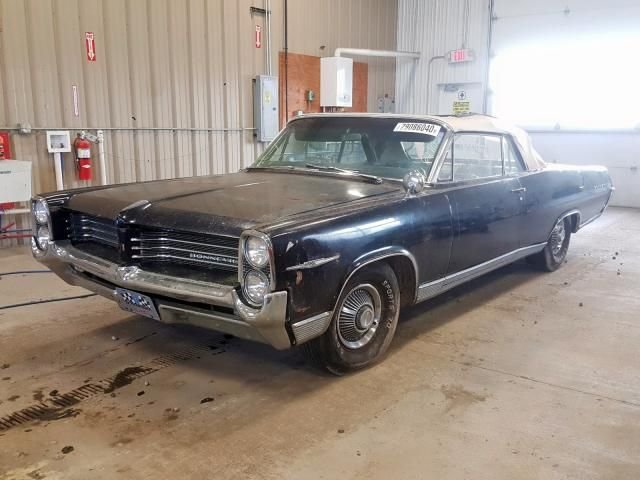 THIS 1964 PONTIAC BONNEVILLE IS LOCATED IN: ANGOLA, NY

The Bonneville remained Pontiac's costliest and most luxurious model throughout the 1960s and was instrumental in pushing Pontiac to third place in sales from 1962 to 1970.

• CLEAN AND CLEAR NY STATE TRANSFERABLE REGISTRATION, FOR OLD CARS PRIOR TO 1973 NY STATE ISSUES A TRANSFERABLE REGISTRATION, SAME AS THE TITLE; YOU CAN REGISTER AND GET A TITLE IN YOUR STATE
• THIS PONTIAC BONNEVILLE HAS 62,112 MILES
• 389 CI V8 ENGINE WITH AUTOMATIC TRANSMISSION
• VERY SOLID FLOORS
• INCLUDED ARE SOME EXTRA PARTS AND A CAR COVER
• ALL GLASS IS IN GREAT SHAPE AND WINDSHIELD IS PERFECT
• GARAGE KEPT