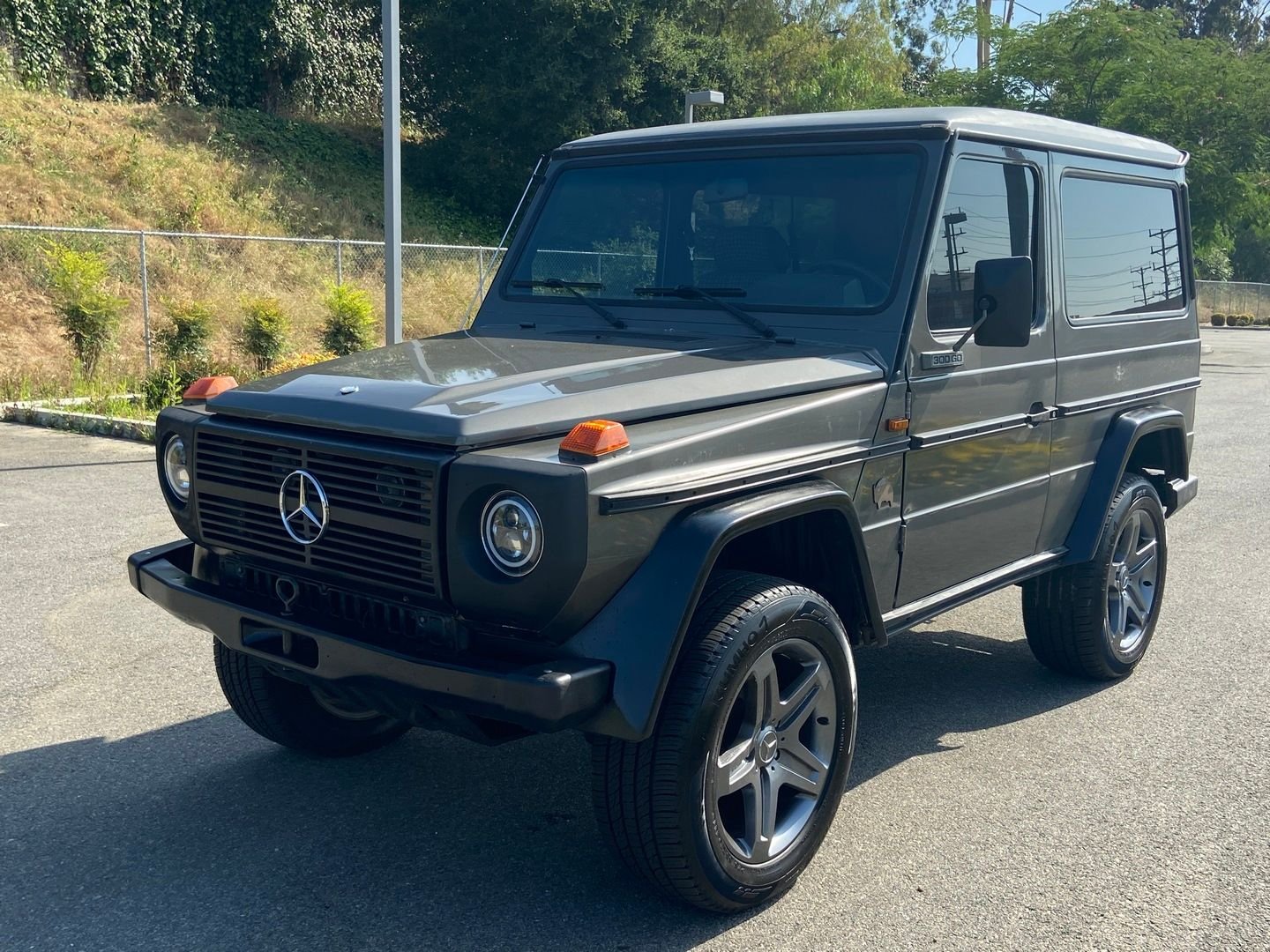 The Mercedes-Benz G-Class, sometimes called G-Wagen (short for Geländewagen, "cross country vehicle"), is a mid-size four-wheel drive luxury SUV manufactured by Magna Steyr (formerly Steyr-Daimler-Puch) in Austria and sold by Mercedes-Benz. In certain markets, it has been sold under the Puch name as Puch G.

Despite the introduction of an intended replacement, the unibody SUV Mercedes-Benz GL-Class in 2006, the G-Class is still in production and is one of the longest produced vehicles in Daimler's history, with a span of 40 years. Only the Unimog surpasses it.

The original 460-series Geländewagen went on sale in 1979, after having debuted in February of that year. It was offered with two wheelbases, a short wheelbase (SWB) of 2,400 mm and a long one (LWB) of 2,850 mm. One could choose between three body styles: A two-door short wheelbase convertible, a two-door SWB wagon and a long wheelbase four-door wagon. The two wagon versions were also available as windowless two-door Vans (or Kastenwagen in German). While always assembled in Graz, the car was sold as the Puch G only in the Austrian, Swiss, and Eastern European markets

During the G-Wagen's life span many a different body style was made for army and public-service clients, like the Popemobile, the pickup or the chassis/cab with a wheelbase of 2,850, 3,120 or 3,400 mm, the chassis/cab being the base vehicle for army-ambulances or communication vehicles. Because of the sheer variety of military versions, this article focuses on the more standardized civilian G-Wagen.

The 460 was popular with military and off-road enthusiasts, with more than 50,000 built in the first decade. Mercedes-Benz initially did not sell the model in the United States, but by means of "casual importation" grey-market in the mid-1980s, importers sold a number of G-Wagens which had been modified to meet the specifications by the US DOT, at about $135,000.