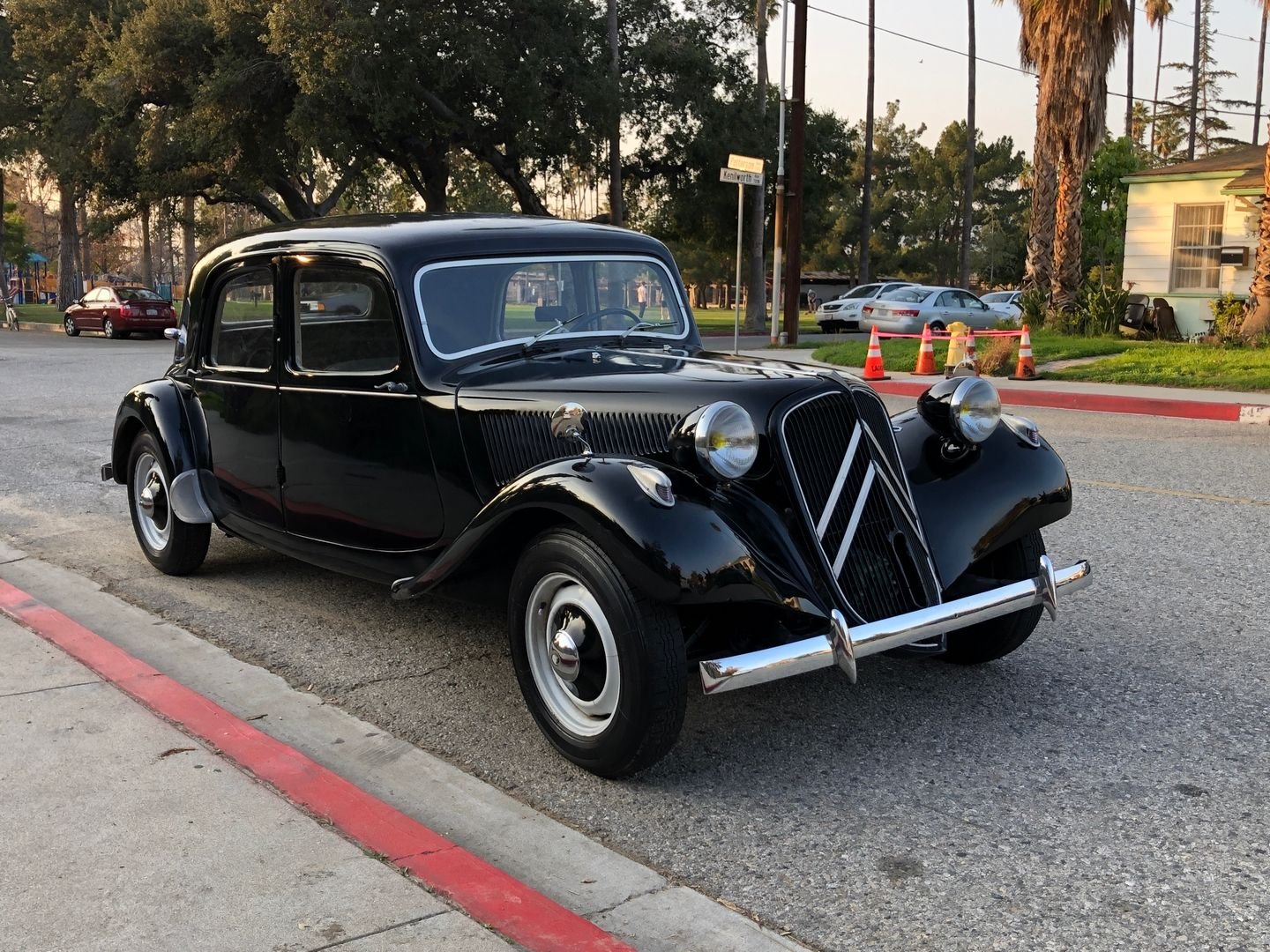 The Citroën Traction Avant was a range of mostly 4-door saloons and executive cars, with four or six-cylinder engines, produced by the French manufacturer Citroën from 1934 to 1957. Approximately 760,000 units were produced.

The Traction Avant pioneered mass-production of three revolutionary innovations widely adopted since, and still used today: front-wheel drive, four-wheel independent suspension, and the use of a crash resistant,[2] unitary, monocoque body. Additionally, the car was one of the earliest mass-production adopters of rack and pinion steering.

Although the car's name emphasized its front-wheel drive power delivery ("Traction Avant" literally means “front traction”) – the car stood out at least as much by its much lower profile and stance – made possible by the absence of a separate chassis under the car's unitary body – sharply distinguishing it visually from its contemporaries.

The Traction Avant, French for front-wheel drive, was designed by André Lefèbvre and Flaminio Bertoni in late 1933 / early 1934.

Traction Avant, which translates as "front wheel drive," is not the official name. The car was named according to the French fiscal horsepower rating, or CV, used to determine annual car tax levels. However, manufacturers did not change the model name every time a change of engine size caused a change in fiscal horsepower.