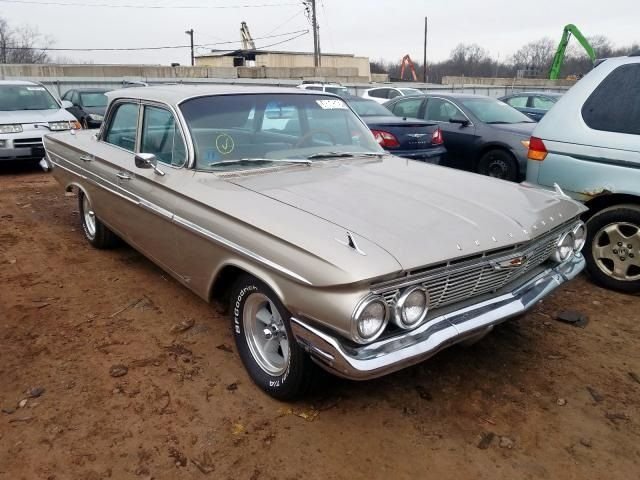 THIS 1961 CHEVROLET IMPALA IS LOCATED IN: HILLSBOROUGH, NJ

The Impala was restyled on the GM B platform for the first time for 1961. The new body styling was more trim and boxy than the 1958–1960 models. Sport Coupe models featured a "bubbleback" roof line style for 1961, and a unique model, the 2-door pillared sedan, was available for 1961 only. It was rarely ordered. A "Super Sport" (SS) option debuted for 1961. This was also the last year the top station wagon model would have the Nomad name.