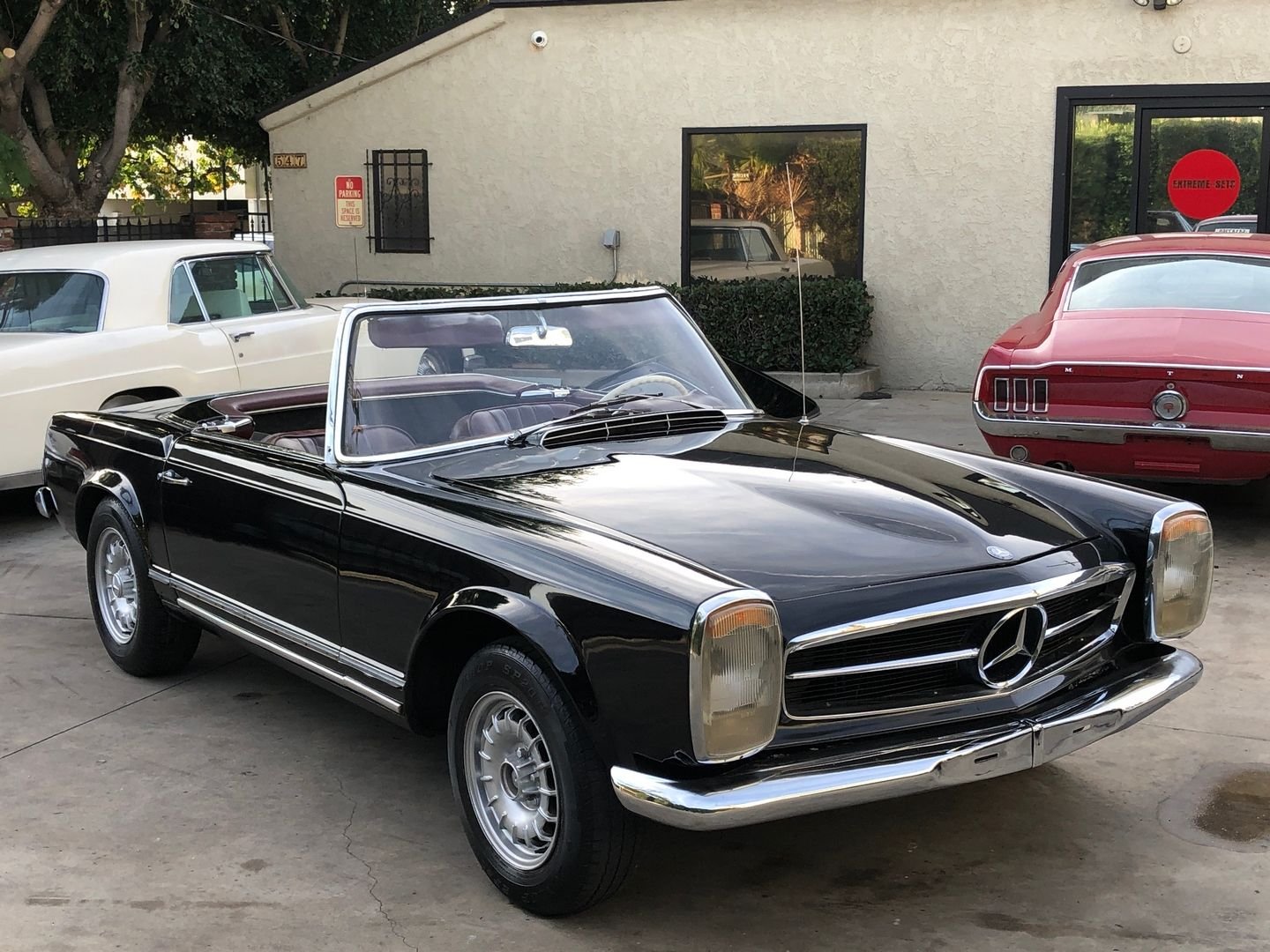 The 250 SL also marked the introduction of a 2+2 body style, the so-called "California Coupé", which had only the removable hardtop and no soft-top: a small fold-down rear bench seat replaced the soft-top well between passenger compartment and boot.