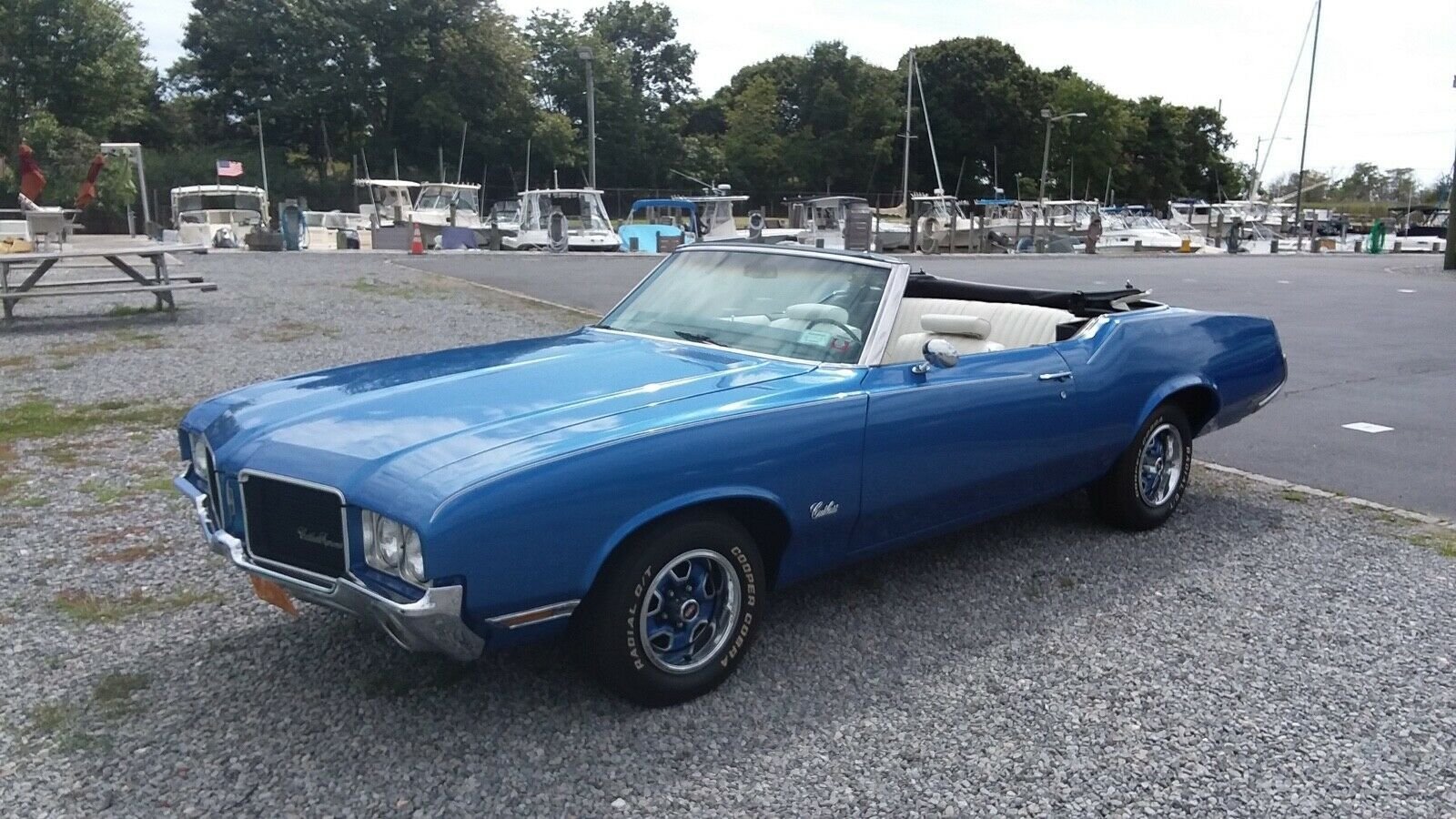 THIS 1971 OLDSMOBILE CUTLASS IS LOCATED IN
NEWBURGH, NY

The Oldsmobile Cutlass was a range of automobiles produced by General Motors' Oldsmobile division between 1961 and 1999. At its introduction, the Cutlass was Oldsmobile's smallest model; it began as a unibody compact car, but saw its greatest success as a body-on-frame intermediate.

Oldsmobile first used the Cutlass name on an experimental sports coupe designed in 1954. It rode a 110 in (2,800 mm) wheelbase, and featured a dramatic fastback roofline and stock V8. Its platform was similar to the compact F-85 introduced seven years later.

The 1971 model shared much of the same exterior sheetmetal as the 1970, but with a new hood, grille, and headlight assemblies, as well as new bumpers and taillights. Four new exterior body colors were offered, Viking Blue, Lime Green, Bittersweet, and Saturn Gold.

The famous "Rocket" V8 continued in several different sizes and power options, with both the large 455 and 'small-block' 350 available with either 2- or 4-barrel carburetors. This was the last year for the 250 cubic-inch six-cylinder engine, as it had not been a popular offering in Olds intermediates. All engines were now fitted with hardened valve seats, preparing for the upcoming mandate for unleaded gasoline that took effect with the introduction of catalytic converters on 1975 models. The 1971 Olds engines also featured lowered compression ratios and designed to run on regular leaded, low-lead or unleaded gasoline with a research octane rating of 91 or higher.