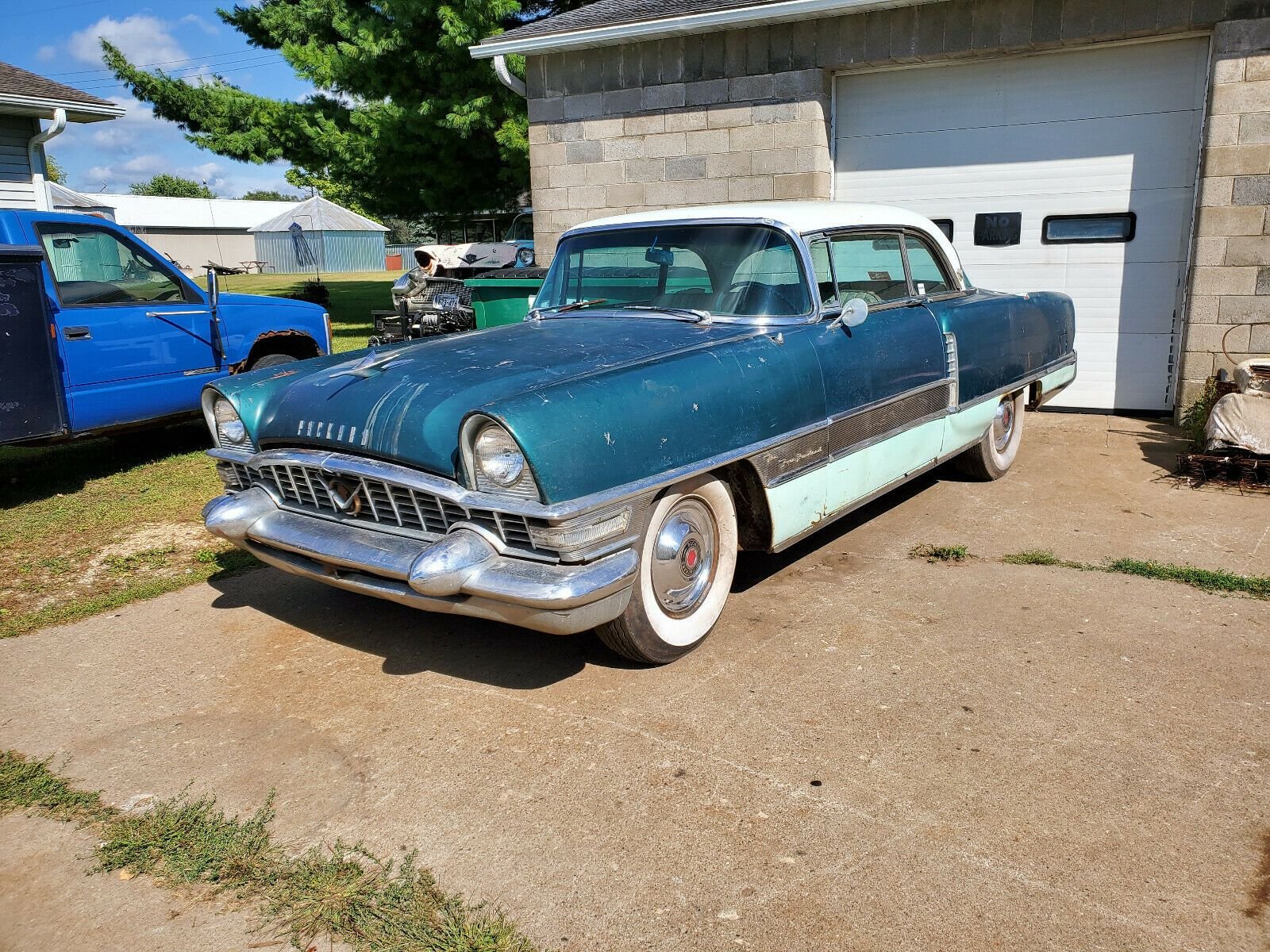 The Packard Four Hundred was an automobile built by the Studebaker-Packard Corporation of South Bend, Indiana during model years 1955 and 1956. During its two years in production, the Four Hundred was built in Packard's Detroit facilities, and considered part of Packard's senior model range

The 400 model name was dropped from the Patrician model range at the beginning of the 1953 model range, however the Patrician name continued to occupy the premium trim level Packard from 1953 through 1956.

For 1955 the Four Hundred name was re-employed by Packard and assigned to the automaker's senior model range two-door hardtop. Visual cues that helped to easily identify the 400 included a full color band along the lower portion of the car topped by a partial color band that truncated along the rear edge of the front doors. "The Four Hundred" in gold anodized script adorned the band between the front wheel well and door edge..