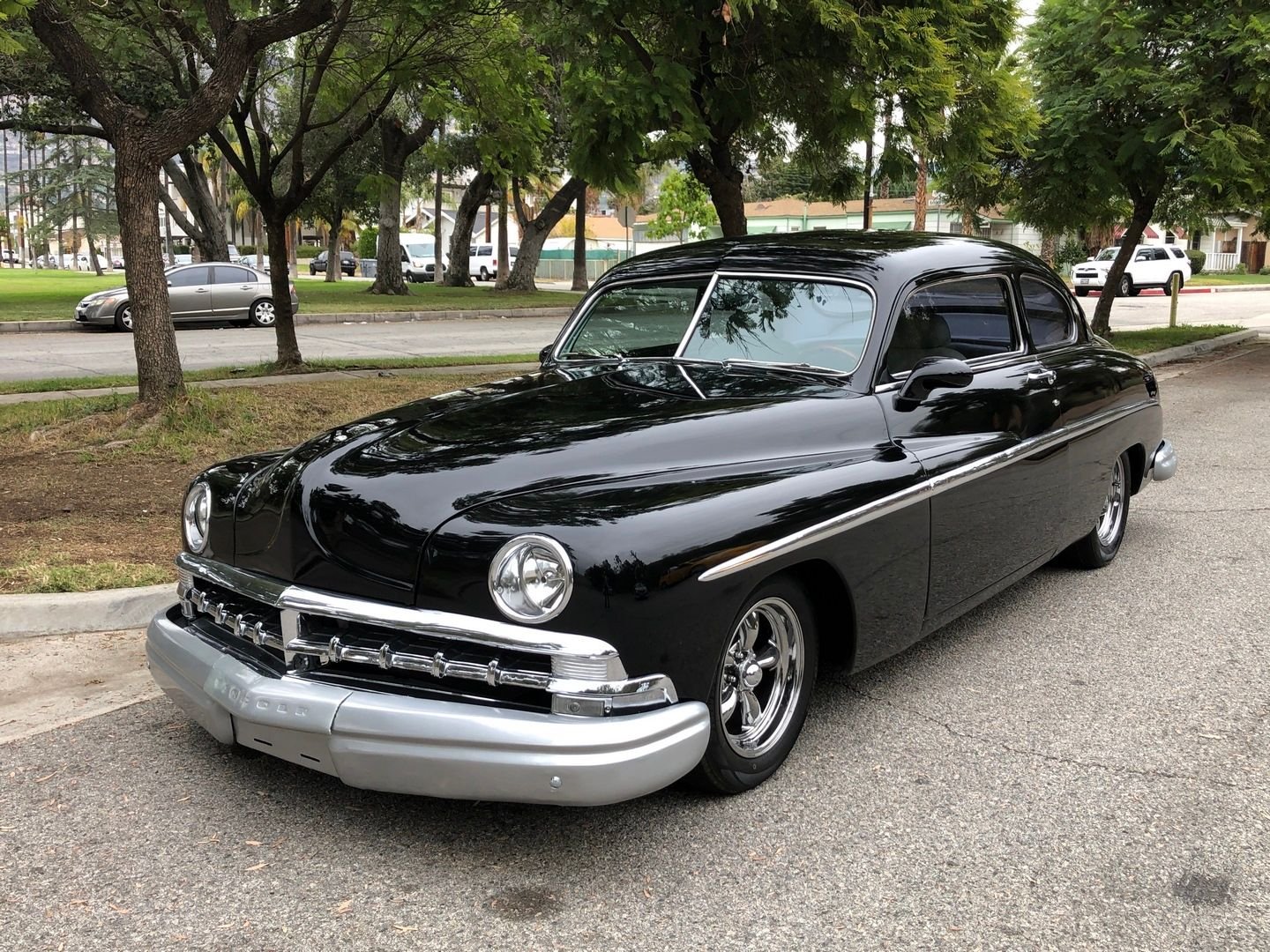 The Lincoln EL-Series is a full-size luxury car that was marketed and sold by the Lincoln division of Ford Motor Company from the 1949 to 1951 model years. For the 1949 model year, Ford introduced redesigned model lines for all three of its divisions. To share development costs, Ford combined its separate Lincoln and Mercury divisions into the Lincoln-Mercury Division following World War II. As a result, the redesigned postwar Lincoln shared much of its design with the redesigned 1949 Mercury Eight.

In 1950 a new horizontal grille with elements enhanced the appearance of the standard Lincoln. Its name was in the same location on the front fender as last year, but it was larger. The doorhandles were improved as was the previously confusing interior layout. The convertible was dropped from the lineup as Mercury's near-identical convertible had outsold it by a wide margin in 1949. On 5 July 1950 the Lincoln Lido was introduced as somewhat of Lincoln's answer to the GM hardtops that had debuted in 1949. List price for the 1950 model was $2721. It was similar to the Mercury Monterey and the up market Lincoln Cosmopolitan Capri coupes, while the Lido was also offered as a sedan with suicide doors for rear seat passengers. Both years of the Lido featured a vinyl or canvas-covered roof, fender skirts, bright roof drip rails and rocker panel moldings, dual door mirrors, a gold-colored hood ornament from the Cosmopolitan and a custom leather interior with special door and side panels. An electric clock was standard. Few were sold, as customers preferred General Motors' hardtop offerings. The Lido name, however, reappeared on a 1963 show car called the Lincoln Continental Lido, which was a 1963 Continental with a padded vinyl roof.

Late in the 1950 model year the engine was upgraded to address vibration and oil consumption concerns. Three rather than four piston rings were fitted, and the engine balancing was improved. As a result the horsepower rating increased marginally and the car ran smoother. The cooling system was also improved and durability was increased thanks to the use of more alloy.