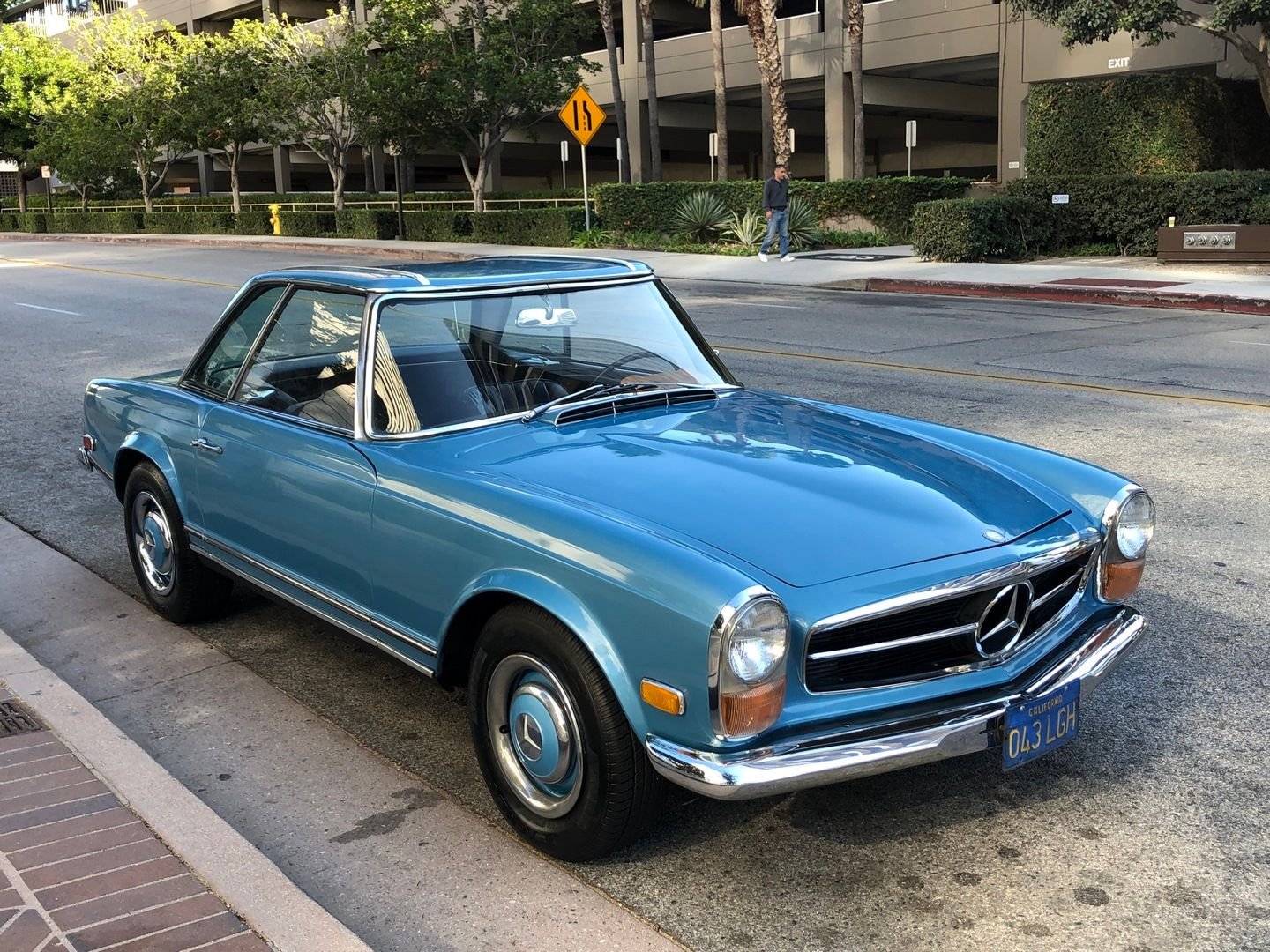 • CLEAN CA TITLE
• BLUE PLATE CALIFORNIA CAR
• ODOMETER SHOWS 4,272 MILES, THIS MERCEDES-BENZ 230 SL HAS 104,272 MILES
• 6 CYL. ENGINE WITH A 4-SPEED MANUAL TRANSMISSION
• AVAILABLE IN LIGHT BLUE WITH A BLUE INTERIOR
• FEATURED WITH 2 TOPS
• INCLUDES THE SPARE TIRE AND JACK
• THIS MERCEDES WAS OWNED BY THE SAME FAMILY FOR OVER 40 YEARS AND IS MECHANICALLY SOUND
• WELL MAINTAINED, GARAGE KEPT
• RUNS AND DRIVES