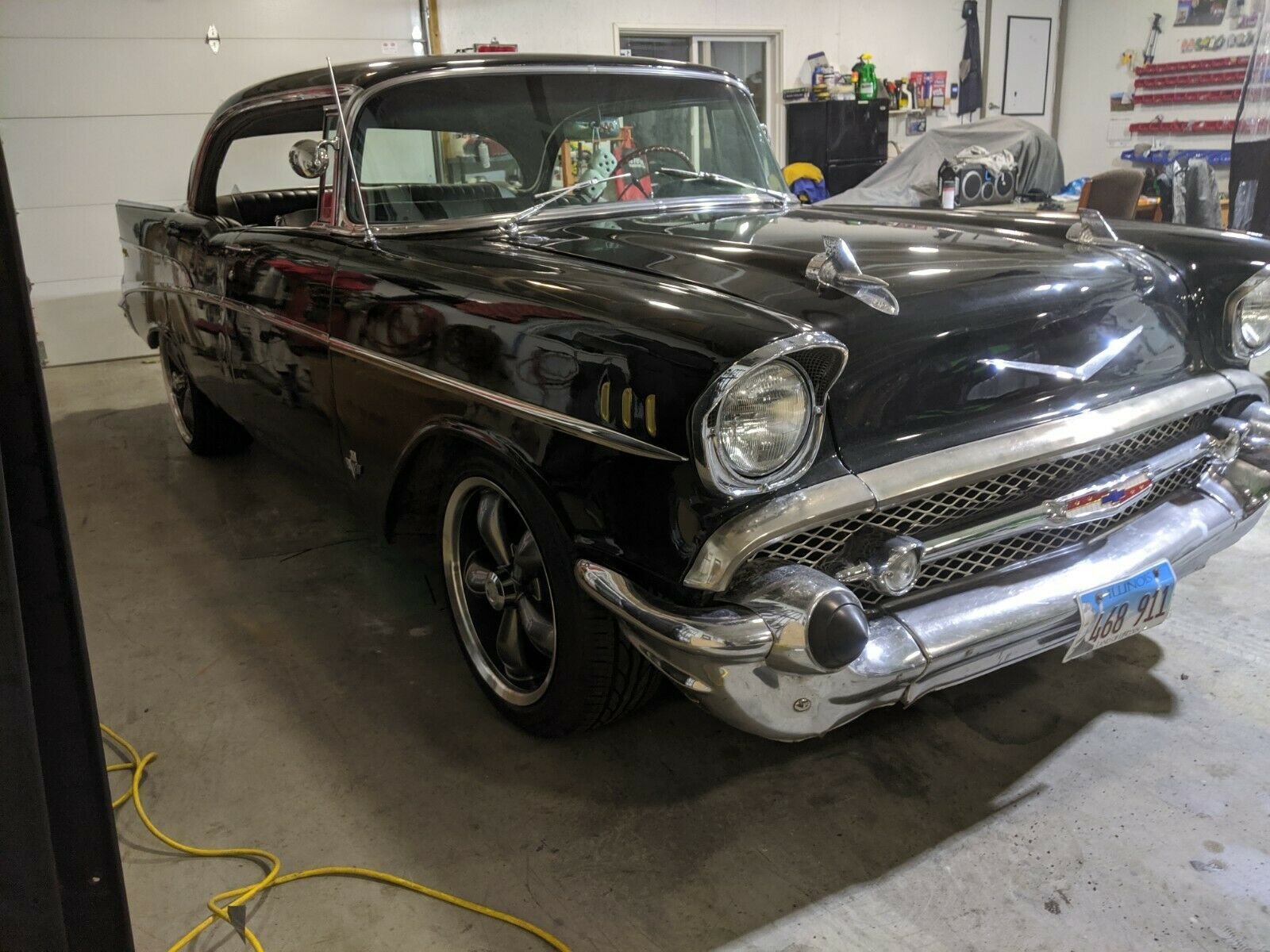 THIS 1957 CHEVROLET BEL AIR IS LOCATED IN: SIKESTON, MO

The Bel Air, which had been the top line series since 1953, was now the middle range. Wagons were still classed by themselves, but had model numbers matching the car series. Parkwood 6-passenger and Kingswood 9-passenger wagons had Bel Air's model number, and as such were the middle range wagons. Under the hood, little change took place. A variety of speed options, such as fuel injection, special cams and lowered compression, gave horsepower ratings up to 315. Bel Air production was 447,100. The new Impala line surpassed Bel Air production by 20,000 units. A parking brake warning light was optional.

• CLEAN TITLE
• THIS CHEVROLET BEL AIR HAS 34,093 MILES
• RECONDITIONED A FEW YEARS AGO
• 350 V8 ENGINE WITH AUTOMATIC TRANSMISSION
• BODY IS VERY STRAIGHT AND SOLID
• REDONE INTERIOR
• BRAND NEW 20-IN VISION WHEELS ON THE REAR AND 18-IN ON THE FRONT WITH BRAND NEW TIRES
• WELL MAINTAINED, GARAGE KEPT
• RUNS AND DRIVES