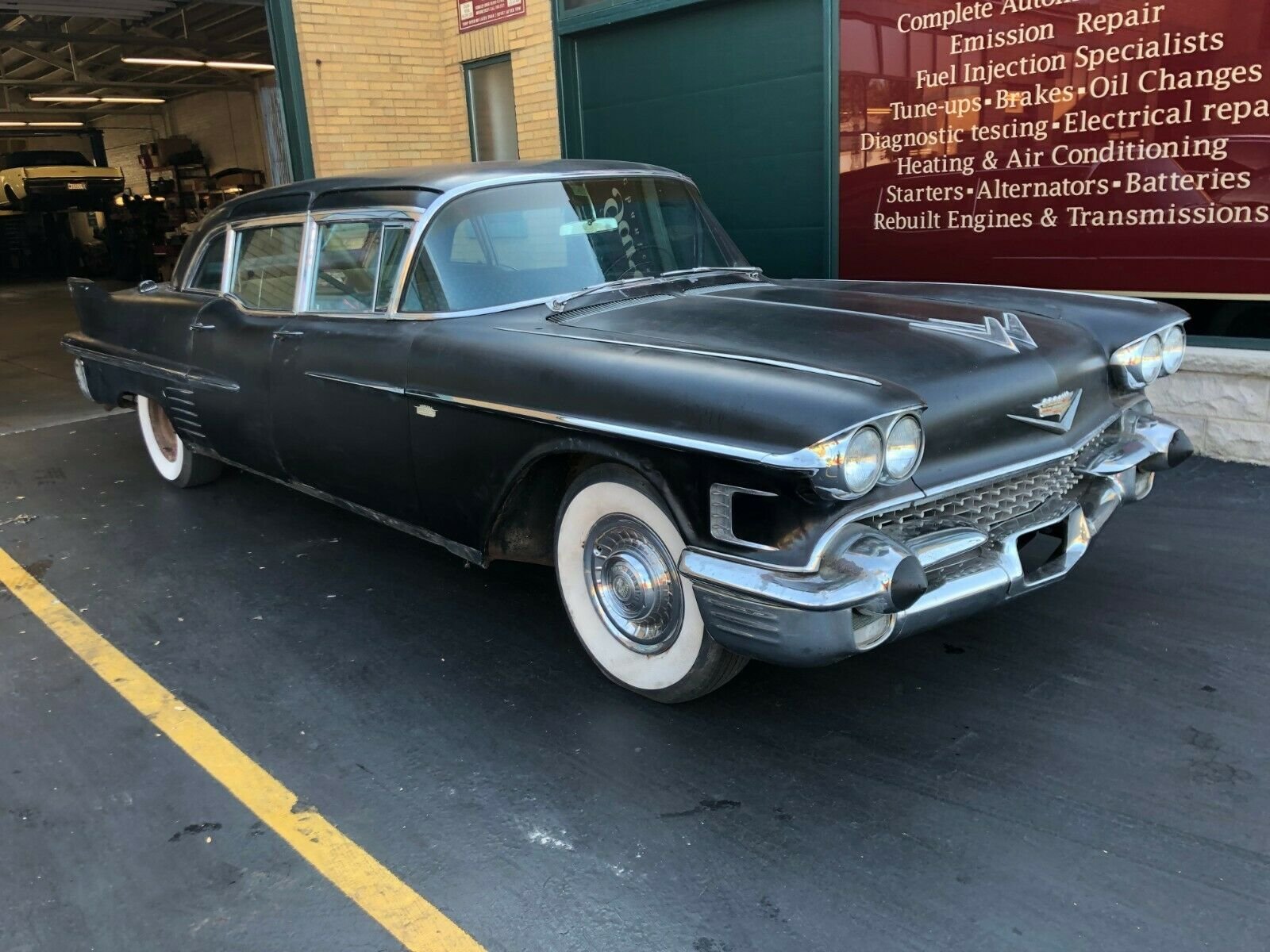 THIS 1958 CADILLAC SERIES 75 FLEETWOOD IS LOCATED IN: CHICAGO HEIGHTS, IL

In 1958 there was a new grille featuring multiple round "cleats" at the intersection of the horizontal and vertical members. The grille insert was wider and new bumper guards were positioned lower to the parking lamps. New dual headlamps were used and small chrome fins decorated the front fenders. Tailfins were less pronounced and trim attachments were revised. On the sides of the car were five longer horizontal windsplits ahead of the unskirted rear wheel housing and front fender horizontal mouldings with crests placed above the trailing edge and no rocker sill trim. The limousine and nine-passenger long wheelbase sedan were available once again.

• CLEAN TITLE
• THIS CADILLAC SHOWS 54,906 MILES, NO MILES ON THE TITLE BECAUSE IT'S OVER 10 YEARS
• 1958 CADILLAC FLEETWOOD LIMOUSINE, THIS IS #723 OUT OF 805 BUILT
• PURCHASED NEW BY THE QUAKER OATS CORP FOR THE PRESIDENT OF THE COMPANY
• RECENTLY REBUILT 365 ENGINE WITH AUTOMATIC TRANSMISSION
• THE TRANSMISSION SHIFTS THROUGH ALL THE GEARS
• THE WHEEL OPENING MOLDINGS AND OTHER MISC TRIM AND PARTS ARE IN THE TRUNK
• RUNS AND DRIVES