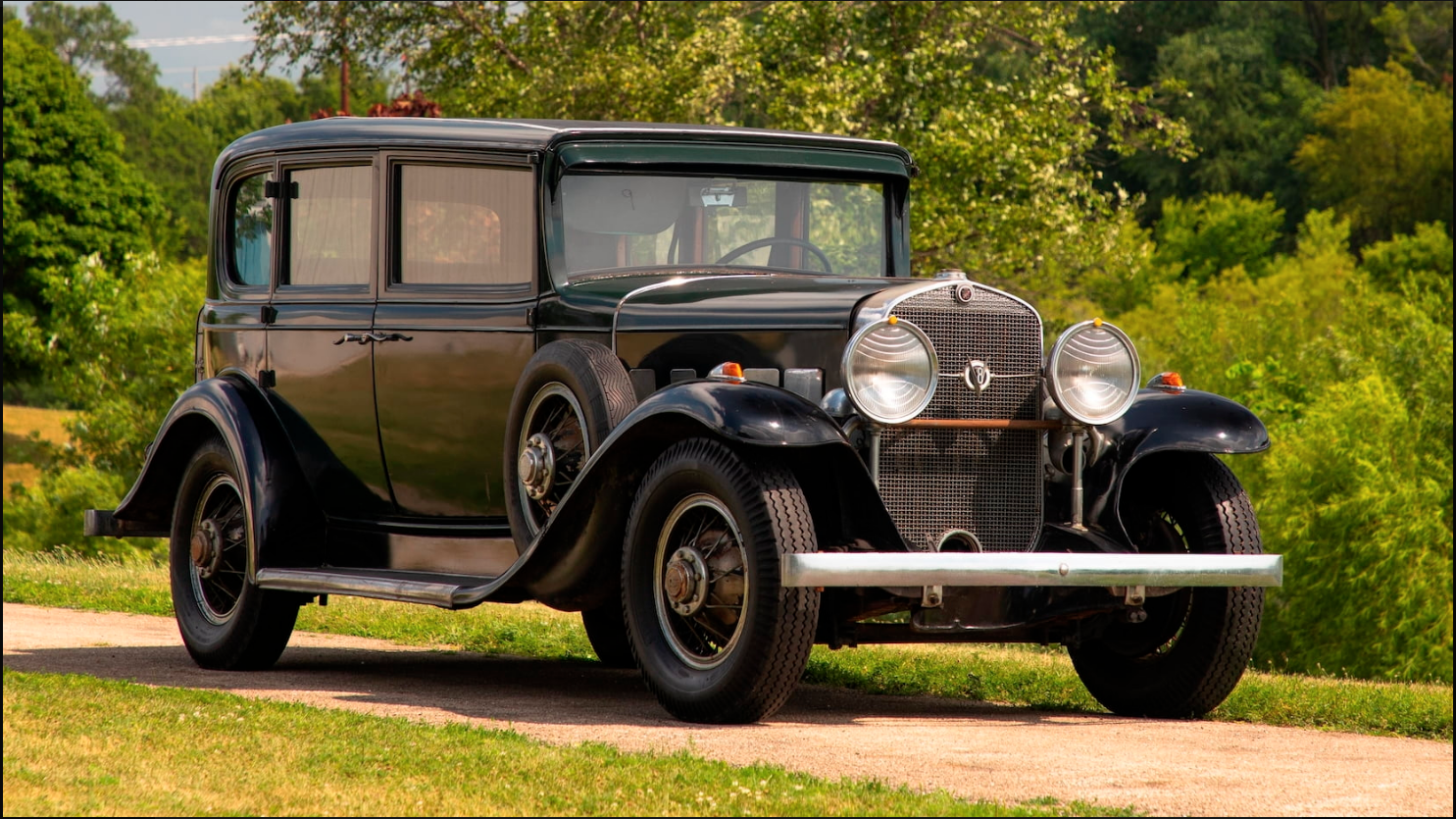 The 1931 Series 355A was very similar to the Series 353 except it was longer and lower, had a longer hood with five hood ports, with matching doors in the cowl. There was a modified coach sill with no compartments in the splash pan. The battery and tool compartment were now under the front seat. Floor boards were made of metal for the first time. The instrument panel was oval with the same gauge groupings as in the Series 353. The Series 355 featured a radiator screen, a single bar bumper and dual horns. The headlight diameter was reduced by one inch. There was a new frame with divergent side rails. The suspension springs now had metal covers. The radiator was mounted lower in the frame and there was now a condenser tank for cooling operation. The engine was the same 353 cu in (5.8 L) L-Head V8 as on the Series 353, thus the series designation no longer matched the displacement. Engine horsepower was 95. A five point engine suspension, similar to the V-16 was used. An intake muffler was added and the distributor was mounted 1.5 in (38 mm) higher. The fan was mounted lower to match the lower radiator. Model year sales totaled 10,717.