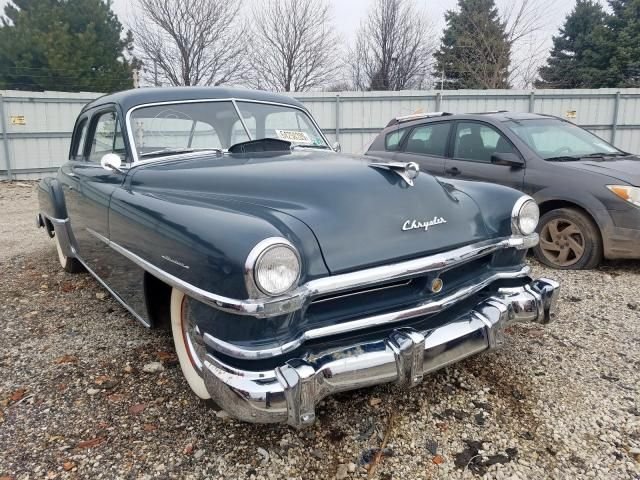 THIS 1951 CHRYSLER WINDSOR IS LOCATED IN: WHEELING, IL

In 1949, for Chrysler's 25th anniversary, Chrysler Windsors were redesigned, however, the styling was "boxier" than the competition. New this year was a padded dashboard with sponge rubber for safety. 1949 through 1952 Chrysler continued the Highlander trimmed cars which added an interior trimmed in a tartan fabric and leather, available on all bodies except the station wagon, they came with most options standard including,full wheel covers and radio.