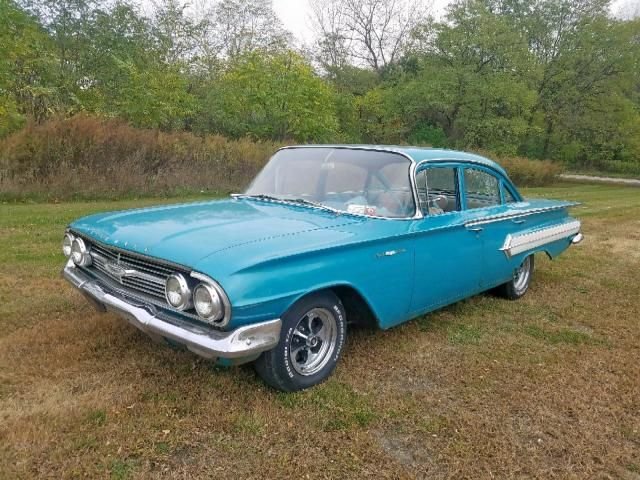 THIS 1960 CHEVROLET BEL AIR IS LOCATED IN: ALBANY, NY

• CLEAN AND CLEAR NY STATE TRANSFERABLE REGISTRATION, FOR OLD CARS PRIOR TO 1973 NY STATE ISSUES A TRANSFERABLE REGISTRATION, SAME AS THE TITLE; YOU CAN REGISTER AND GET A TITLE IN YOUR STATE
• THIS CHEVROLET BEL AIR HAS 84,097 MILES
• 6CYL. WITH POWER GLIDE AUTOMATIC TRANSMISSION
• KEYSTONE CLASSIC RIMS, RADIALS
• ALL LIGHTS, WIPERS, HEATER WORKS
• WELL MAINTAINED, GARAGE KEPT
• RUNS AND DRIVES