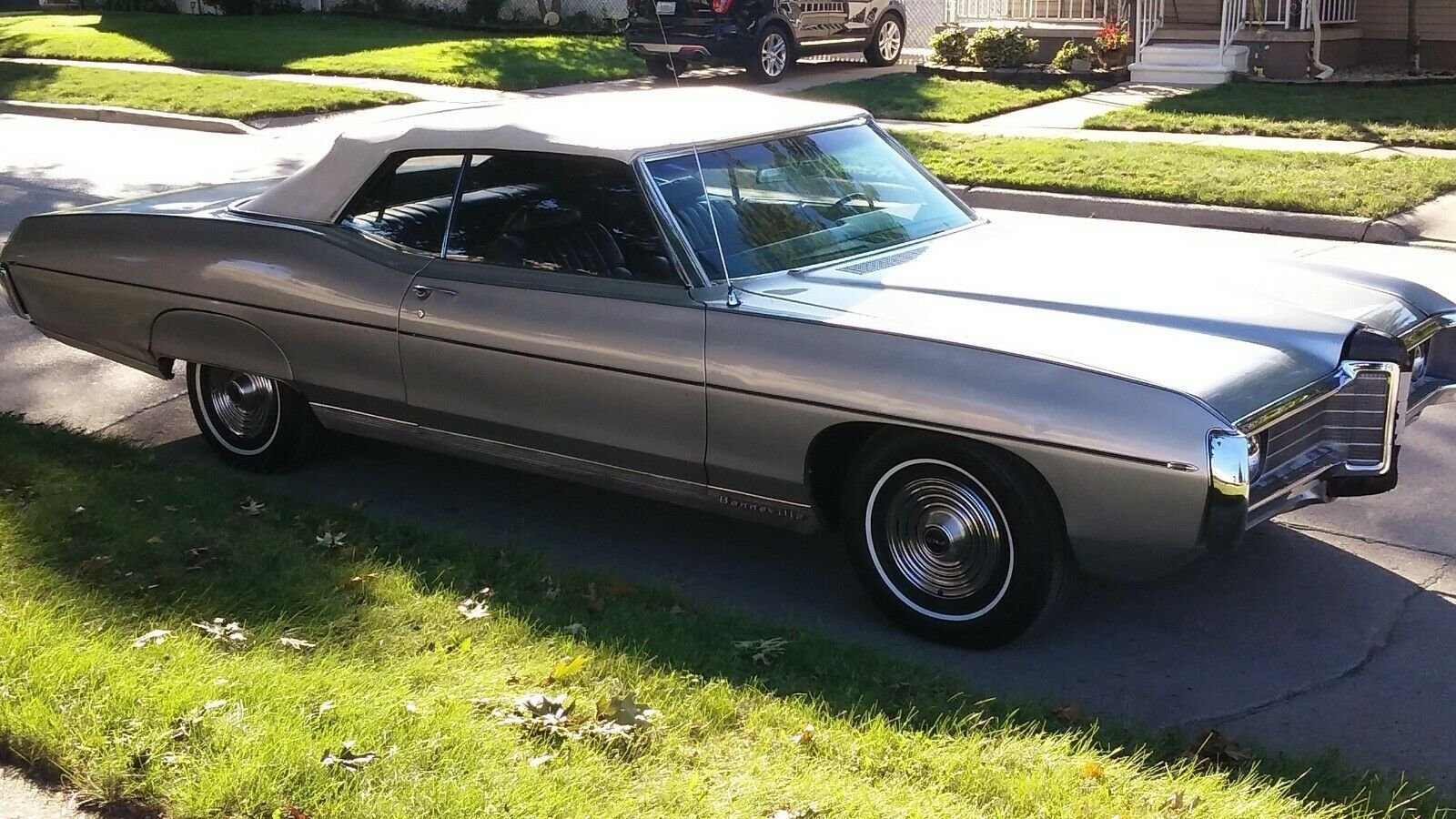 THIS 1969 PONTIAC BONNEVILLE IS LOCATED IN: LEROY, NY

Fourth generation (1965–1970)
For 1965, All GM "B" body cars were dramatically restyled. Swooping rooflines, rakish fender lines and the "Coke bottle" profile contributed to making one of the most popular body styles ever produced. The Bonneville got the new styling, with plenty of bright trim on the lower body sides and on the rear deck. Inside, new upholstery and instrumentation were featured.