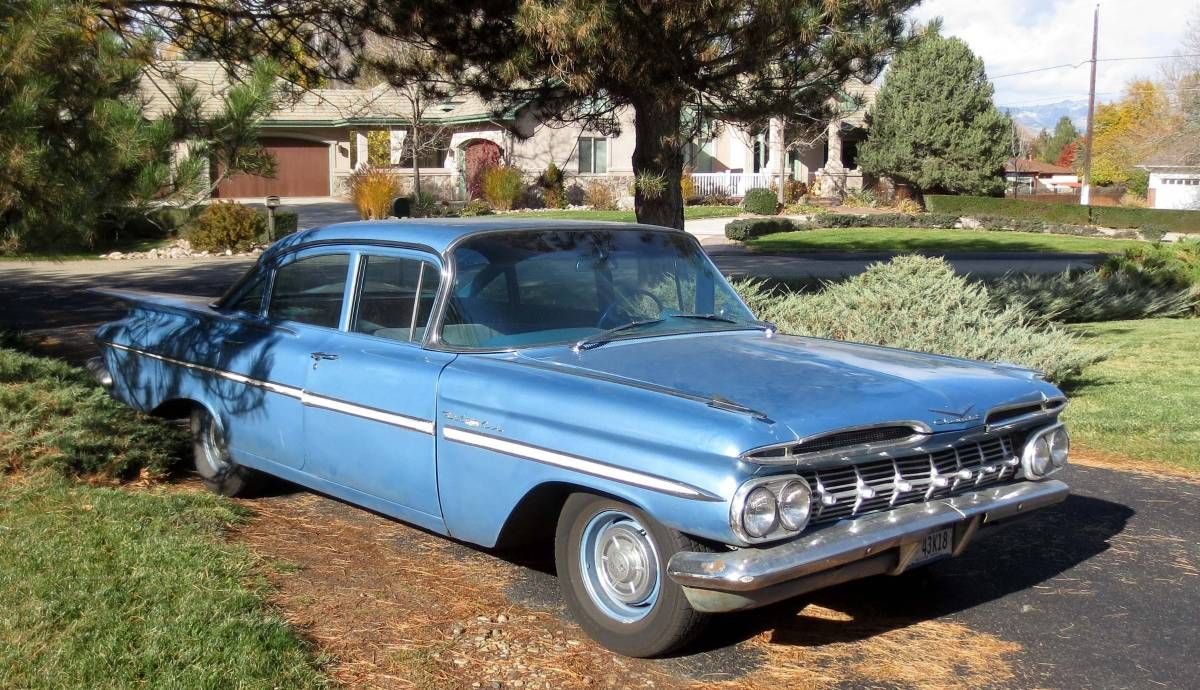 THIS 1959 CHEVROLET BEL AIR IS LOCATED IN: CASPER, WY

• CLEAN TITLE
• THIS CHEVROLET BEL AIR HAS 33,531 MILES
• 8 CYL. ENGINE WITH AUTOMATIC TRANSMISSION
• GOOD HEATER
• A COUPLE OF BOXES OF SPARE PARTS WILL BE INCLUDED
• GARAGE KEPT
• RUNS AND DRIVES