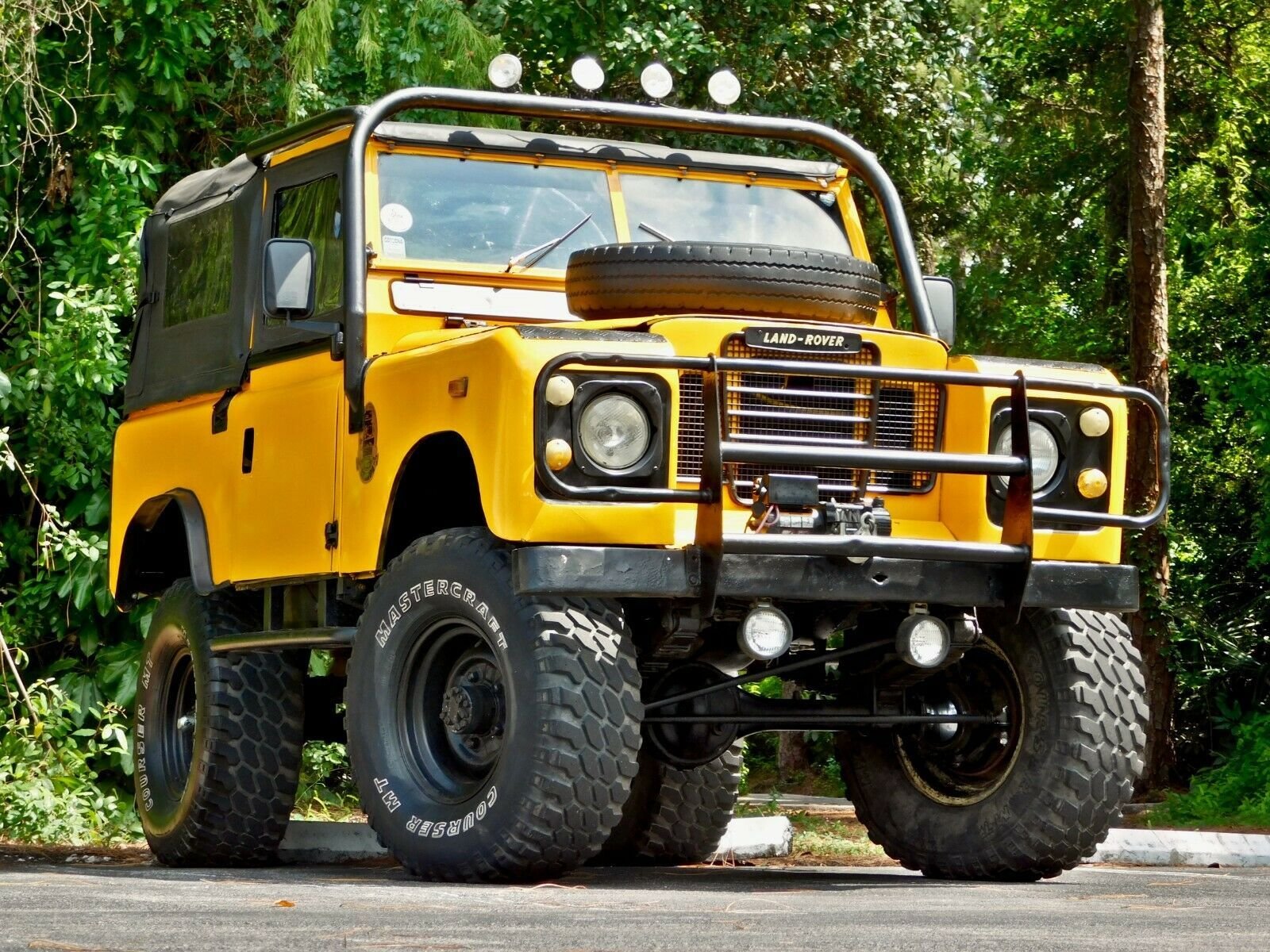 THIS 1968 LAND ROVER SERIES IIA IS LOCATED IN: MIAMI, FL

The Land Rover series I, II, and III (commonly referred to as series Land Rovers, to distinguish them from later models) are off-road vehicles produced by the British manufacturer Rover Company. The Land Rover was the first mass-produced civilian four-wheel drive car with doors on it. In 1992, Land Rover claimed that 70% of all the vehicles they had built were still in use.

Most series models feature leaf-spring suspension with selectable two or four-wheel drive (4WD), however series I's produced between 1948 and mid-1951 had constant 4WD via a freewheel mechanism, and the Stage 1 V8 version of the series III featured permanent 4WD. All three models could be started with a front hand crank and had the option of front & rear power takeoffs for accessories.

The SII and the SIIA are very difficult to distinguish. There were some minor cosmetic changes. Body configurations available from the factory ranged from short-wheelbase soft-top to the top-of-the-line five-door station wagon. A 2.25-litre Diesel was added to the engine line, which after 1967 included a 2.6-litre inline six cylinder petrol engine for the long-wheelbase models, which also had servo-assisted brakes. 811 of these were NADA (or North American Dollar Area) trucks, which were the only long-wheelbase models made for the American and Canadian markets.

From February 1969 (home market), the headlamps moved into the wings on all models, and the sill panels were redesigned to be shallower a few months afterwards.

The series IIA is considered by many the most hardy series model constructed. It is quite possibly also the type of classic Land Rover that features strongly in the general public's perception of the Land Rover, from its many appearances in popular films and television documentaries set in Africa throughout the 1960s, such as Born Free. In February 1968, just a few months after the Rover Company had been subsumed, under government pressure, into the Leyland Motor Corporation, the Land Rover celebrated its twentieth birthday, with total production to date just short of 600,000, of which more than 70% had been exported. Certainly it was whilst the series IIA was in production that sales of utility Land Rovers reached their peak, in 1969–70, when sales of over 60,000 Land Rovers a year were recorded. (For comparison, the sales of the Defender have been around the 25,000 level since the 1990s.) As well as record sales, the Land Rover dominated many world markets- in Australia in the 1960s Land Rover held 90% of the 4×4 market. This figure was repeated in many countries in Africa and the Middle East.