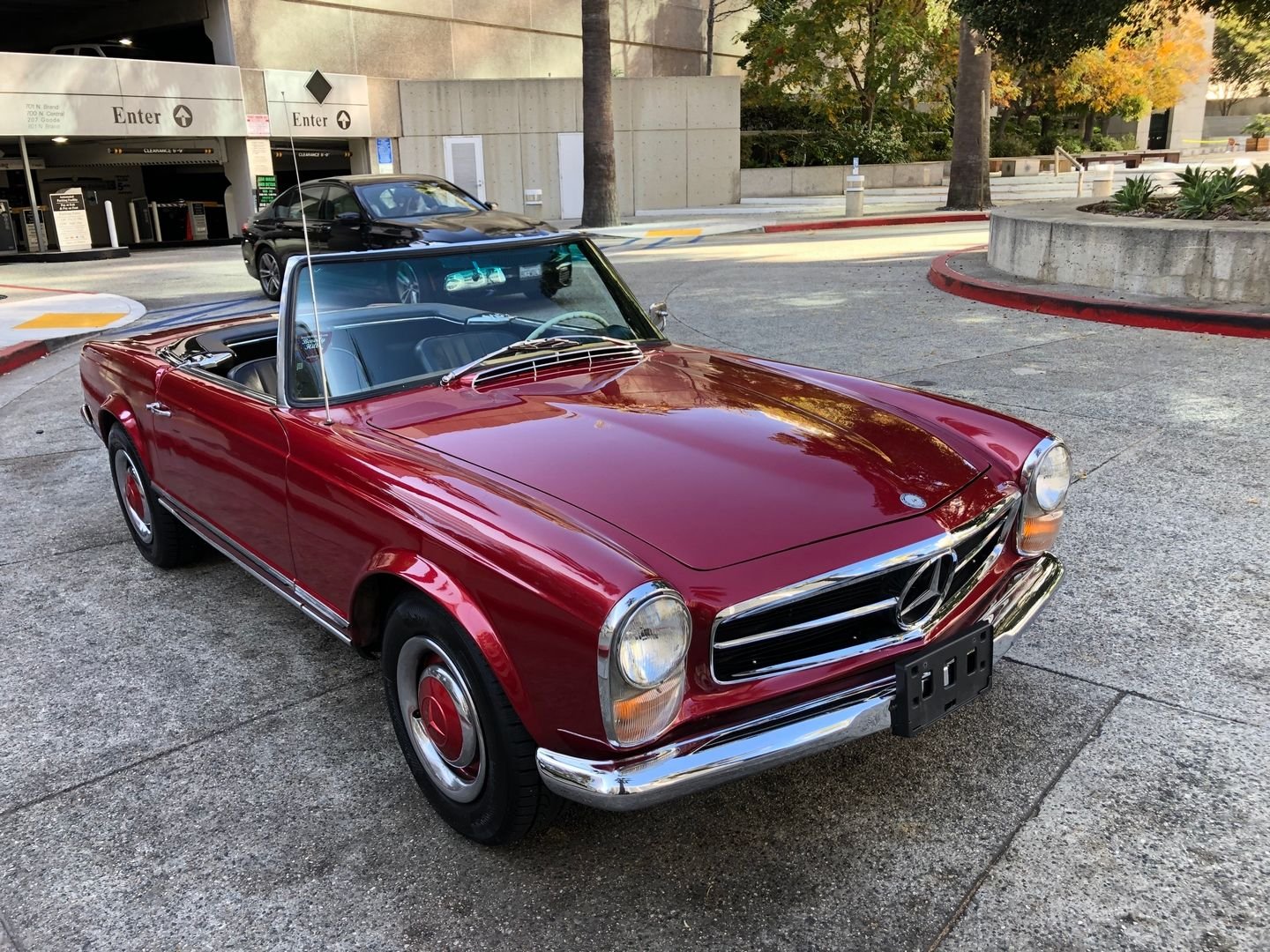 All models were equipped with an inline-six cylinder engine with multi-port fuel injection. The bonnet, boot lid, door skins and tonneau cover were made of aluminum to reduce weight. The comparatively short and wide chassis, combined with an excellent suspension, powerful brakes and radial tires gave the W 113 superb handling for its time. The styling of the front, with its characteristic upright Bosch "fishbowl" headlights and simple chrome grille, dominated by the large three-pointed star in the nose panel, paid homage to the 300 SL roadster.

W 113 SLs were typically configured as a "Coupe/Roadster" with a soft-top and an optional removable hardtop. A 2+2 was introduced with the 250 SL "California Coupe," which had a fold-down rear bench seat instead of the soft-top.