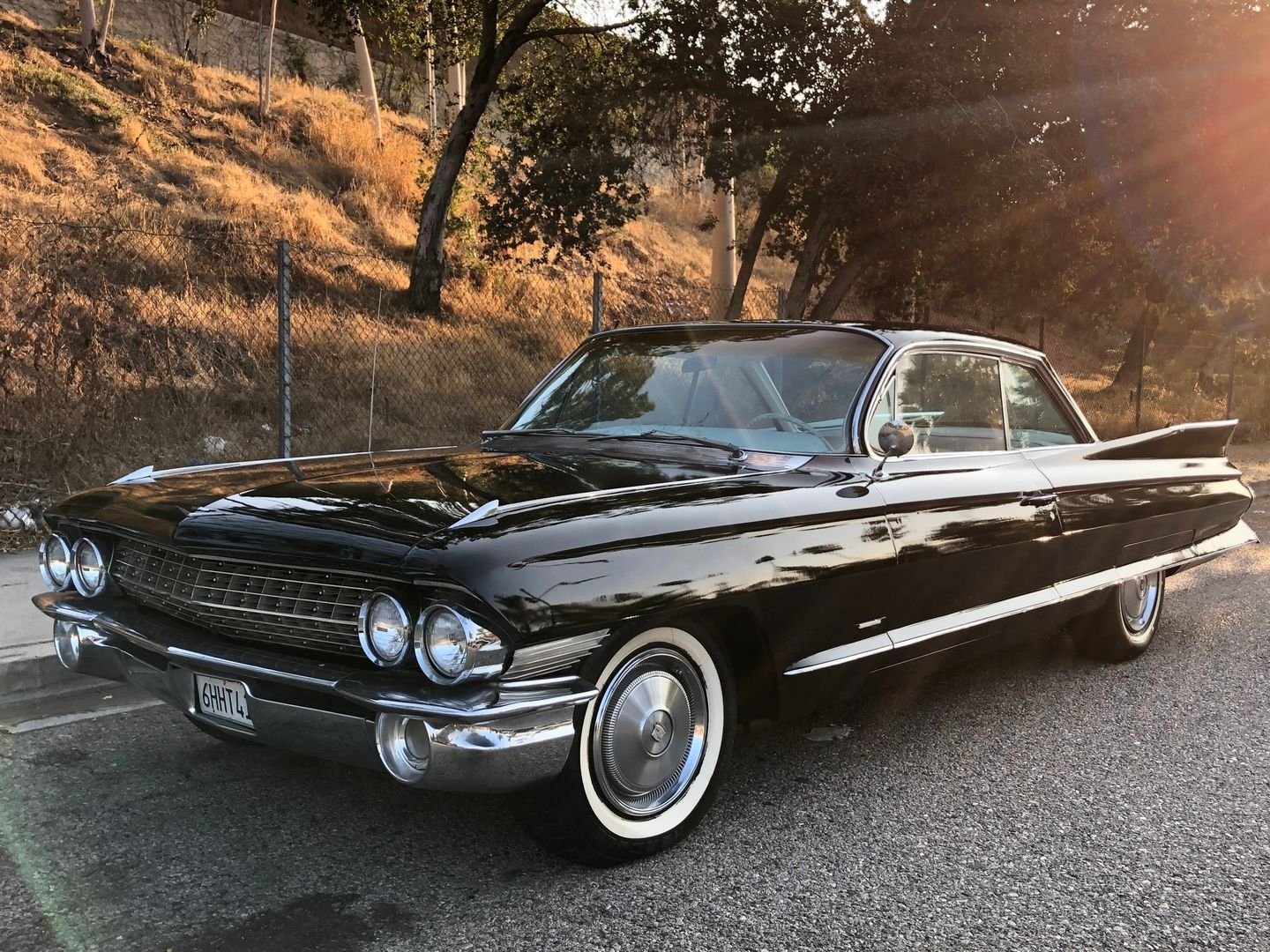 Second generation (1961–1964)
Cadillac was restyled and re-engineered for 1961. The new grille slanted back towards both the bumper and the hood lip, along the horizontal plane, and sat between dual headlamps.
In overall terms 1963 Cadillac was essentially the same as the previous year. Exterior changes imparted a bolder and longer look.