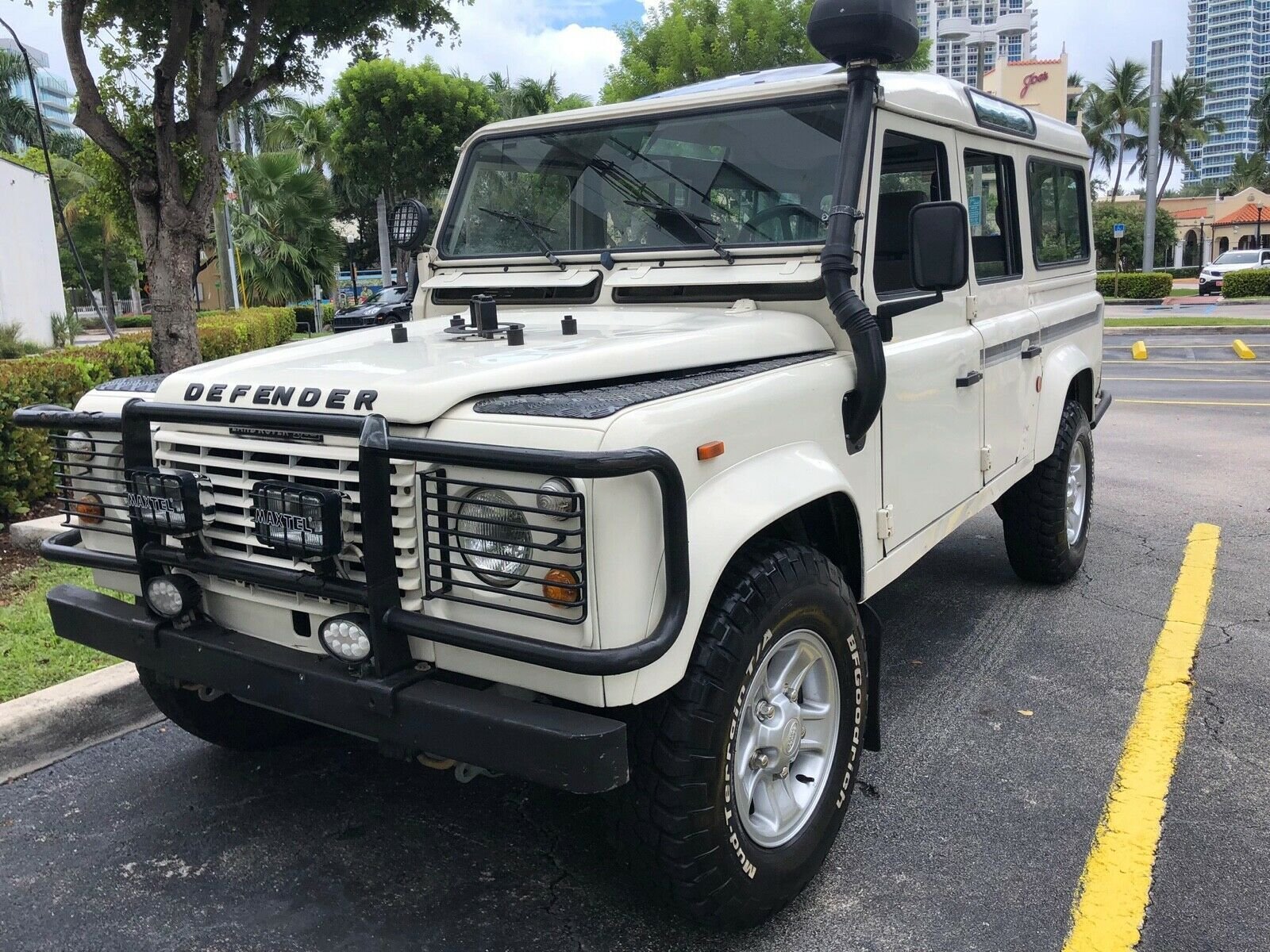 THIS 1989 LAND ROVER ONE TEN DEFENDER IS LOCATED IN: MIAMI, FL

The Land Rover Defender (initially called the Land Rover Ninety and Land Rover One Ten) is a British four-wheel drive off-road vehicle developed in the 1980s from the original Land Rover series which was launched at the Amsterdam Motor Show in April 1948.

The coil-sprung Land Rover was introduced in 1983 as "Land Rover One Ten", and in 1984 the "Land Rover Ninety" was added – the numbers representing the respective wheelbases in inches. (In fact the Ninety was nearer 93 inches at 92.9".) The number was spelled in full in advertising and in handbooks and manuals, and the vehicles also carried badges above the radiator grille which read "Land Rover 90" or "Land Rover 110", with the number rendered numerically. The Ninety and One Ten replaced the earlier Land Rover Series, and at the time of launch, the only other Land Rover model in production was the Range Rover.