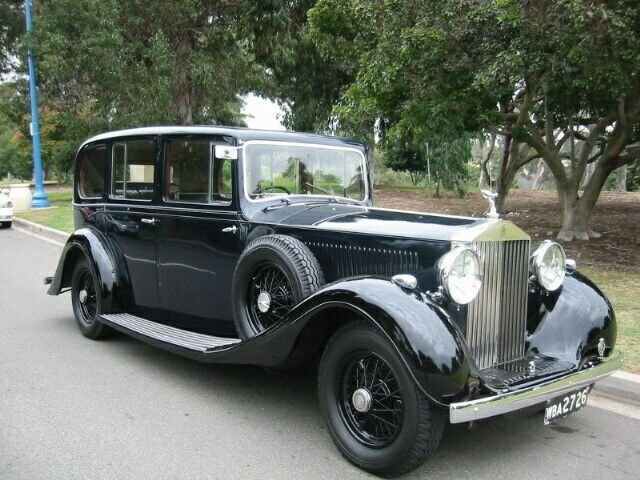 This vehicle is located in:
SIKESTON, MO

The Rolls-Royce Phantom III was the final large pre-war Rolls-Royce. Introduced in 1936, it replaced the Phantom II and it was the only V12 Rolls-Royce until the 1998 introduction of the Silver Seraph. 727 V12 Phantom III chassis were constructed from 1936 to 1939, and many have survived. Although chassis production ceased in 1939 (with one final chassis being built in 1940), cars were still being bodied and delivered in 1940 and 1941. The very last car, though the rolling chassis was completed in 1941, was not delivered with a body to its owner until 1947. The Phantom III was the last car that Henry Royce worked on - he died, aged 70, a year into the Phantom III's development.