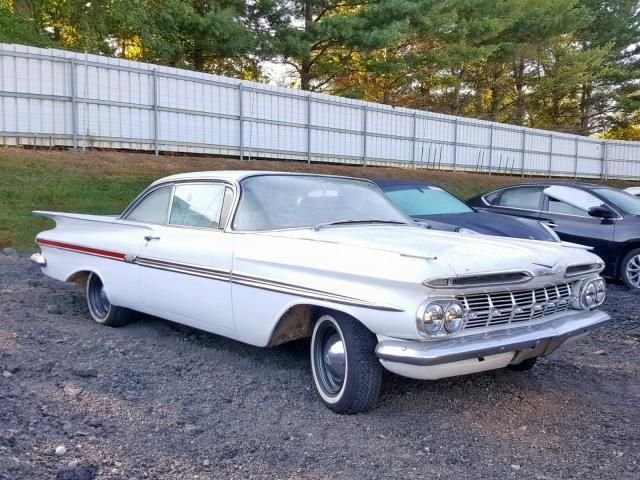 THIS 1959 CHEVROLET IMPALA IS LOCATED IN: FINKSBURG, MD

The Chevrolet Impala is a full-size car built by Chevrolet for model years 1958-85, 1994-96, and since 2000 onwards.
The Impala was Chevrolet's most expensive passenger model through 1965, and had become the best-selling automobile in the United States.

Second generation (1959–1960)
The 1959 Chevrolet Impala was redesigned. Sharing bodyshells with lower-end Buicks and Oldsmobiles as well as with Pontiac, part of a GM economy move, the Chevrolet's wheelbase was 1-1/2 inches longer. Using a new X-frame chassis, the roof line was three inches lower, bodies were two inches wider, and curb weight increased. Its tailfins protruded outward, rather than upward. The taillights were a large "teardrop" design at each side, and two slim-wide nonfunctional front air intake scoops were added just above the grille.