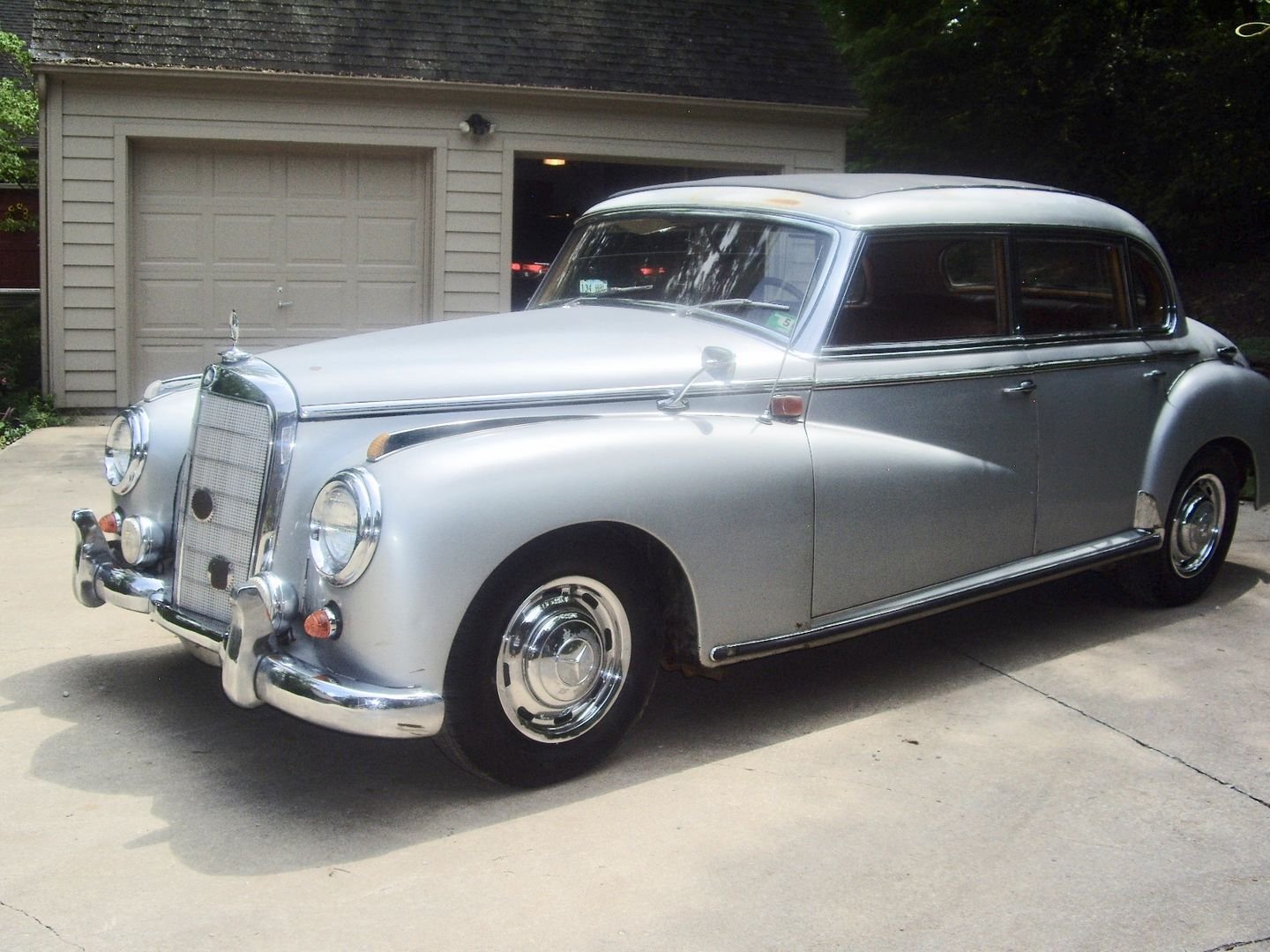 THIS 1954 MERCEDES-BENZ 300 ADENAUER IS LOCATED IN: COLUMBIA, MO

The W186 cabriolet displays the series' streamlined rear lines
Designed to give reliable service under prolonged hard use, the engine featured deep water jackets, thermostatically controlled oil cooling, copper-lead bearings and a hardened crankshaft. With no natural cruising speed, the car could sustain anything up to its maximum speed all day, road conditions permitting