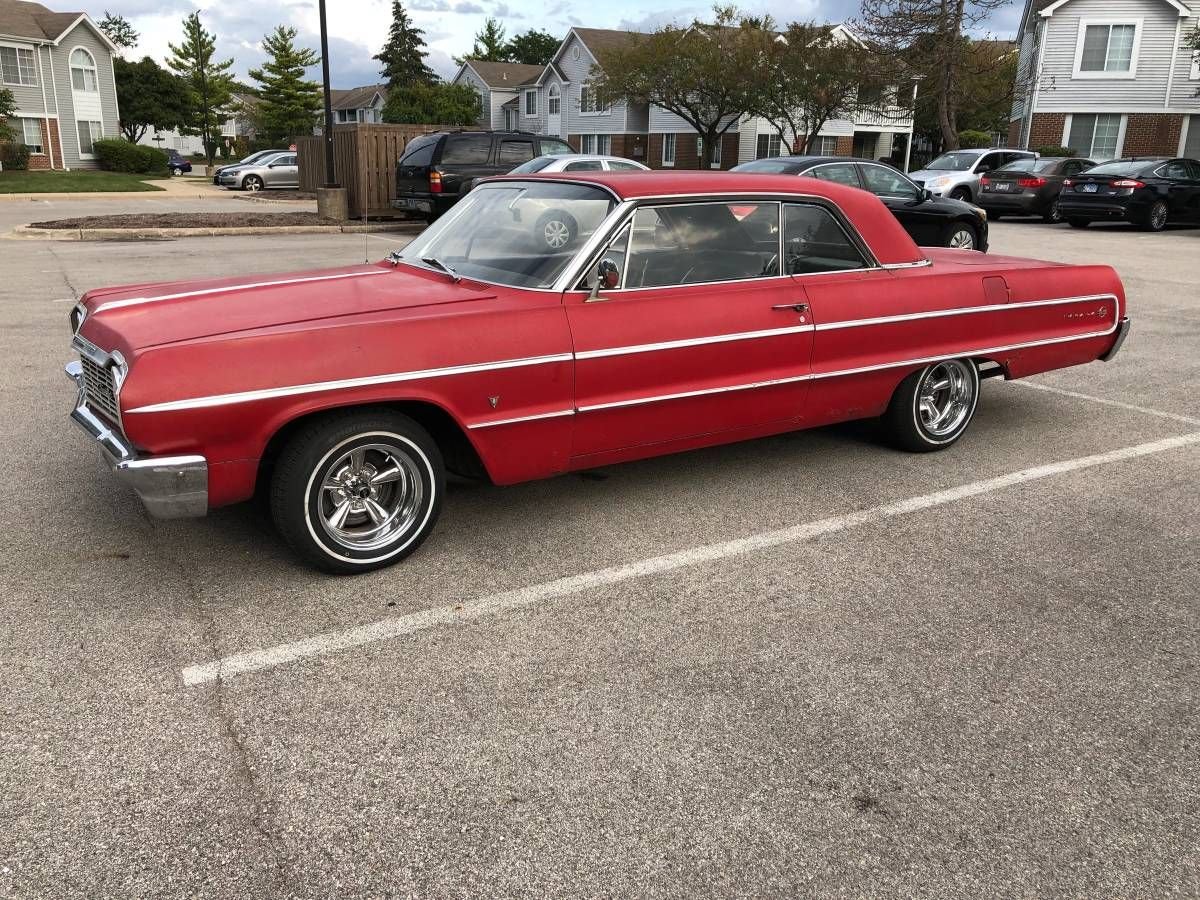 THIS 1964 CHEVROLET IMPALA IS LOCATED IN: ELGIN, IL

The Impala was restyled on the GM B platform for the first time for 1961. The new body styling was more trim and boxy than the 1958–1960 models. For 1964, the Impala was restyled to a more rounded, softer look. The signature taillight assembly had an "upside-down U" shaped aluminum trim strip above the taillights, but the individual lights were surrounded by a body-colored panel.