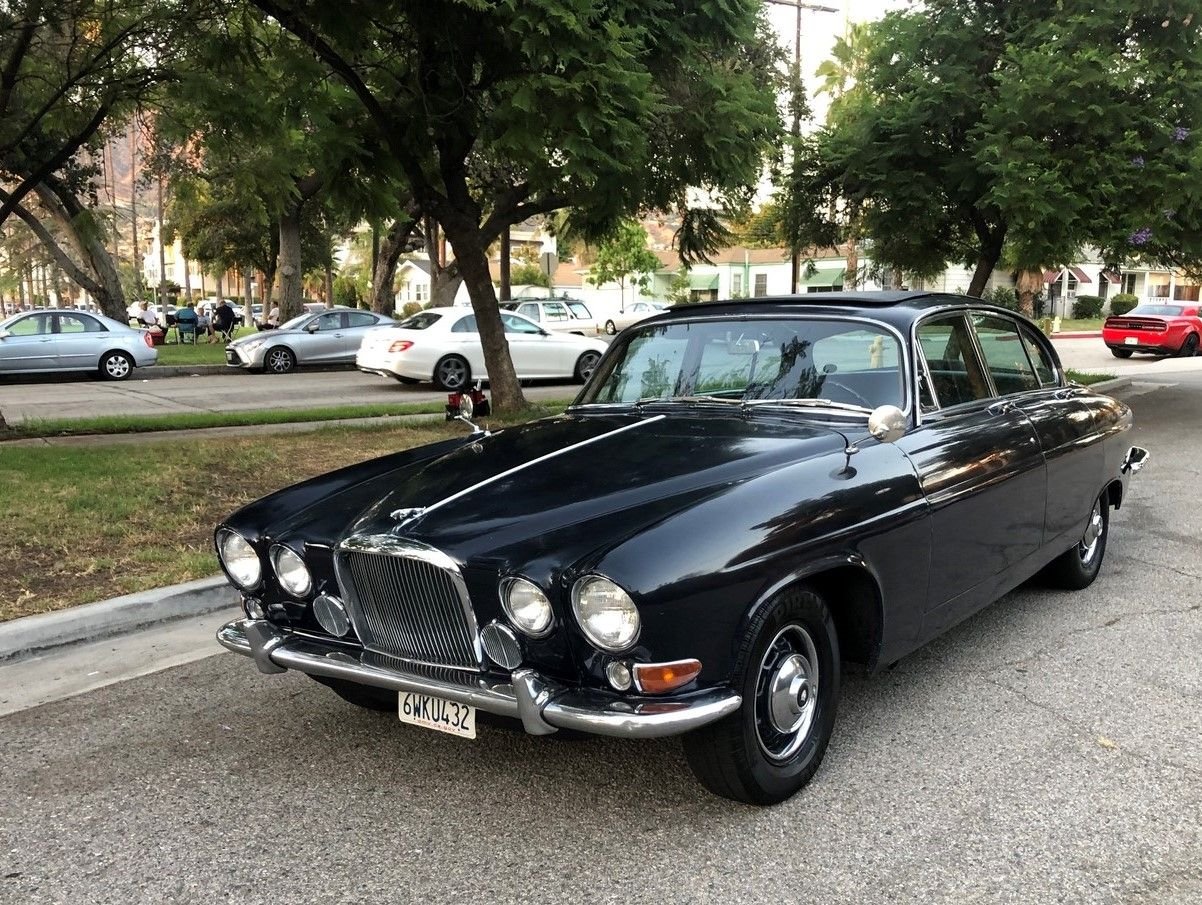 The Jaguar Mark X (Mark ten), later renamed the Jaguar 420G, was British manufacturer Jaguar's top-of-the-range saloon car for a decade, from 1961 to 1970. The large, luxurious Mark X succeeded the Mark IX as the company's top saloon model, and was primarily aimed at the United States market. The company hoped to appeal to heads of state, diplomats and film stars.

ntroduced in the same year as Jaguar's iconic E-Type, the Mark X impressed with its technical specification and innovations. Contrary to its predecessors, the car featured integrated, unitary bodywork – the largest in the UK at the time, as well as independent rear suspension, unheard for early 1960s British luxury cars. Combined with the 3.8-litre, triple carburettor engine as fitted to the E-type, it gave Jaguar's flagship a top speed of 120 mph (193 km/h) and capable handling at less than half the price of the contemporary Rolls-Royce Silver Cloud.

Despite press acclaim from both sides of the Atlantic, the Mark X never achieved its sales targets. When Jaguar decided to replace its entire saloon range with a single new model, the resulting XJ6 of 1968 used the Mark X as a template – albeit with a reduced size. Jaguar didn't build another car as large as the Mark X / 420G for the rest of the century, until the LWB version of the 2003–2009 Jaguar XJ (X350).