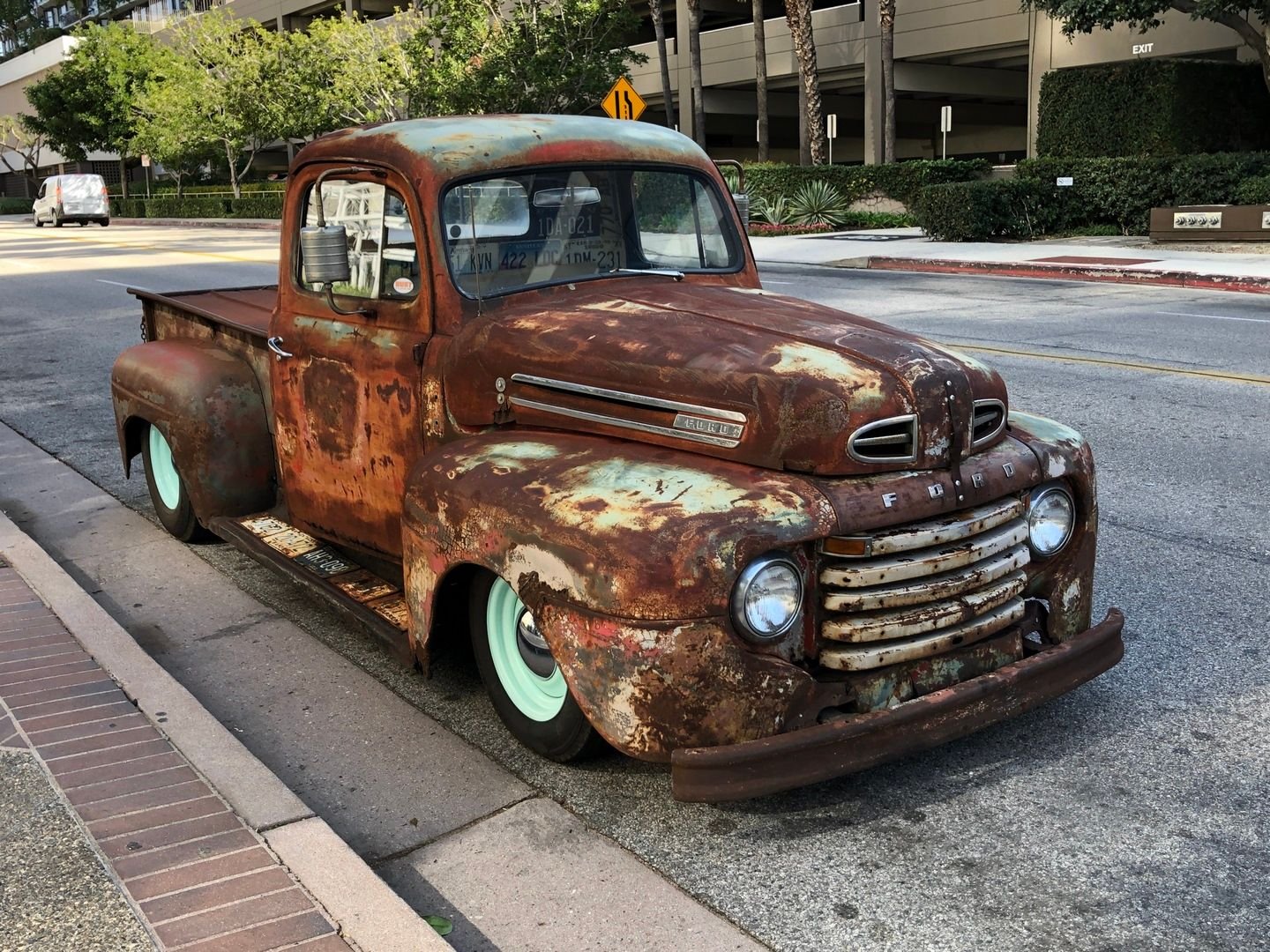 The first-generation of the Ford F-Series is a series of trucks that was produced by Ford in North America from 1948 to 1952. While trailing the Chevrolet Advance Design trucks by a year, the introduction of the F-Series marked the divergence of Ford car and truck design, developing a chassis intended specifically for truck use.

Across North America, Ford assembled F-Series trucks at sixteen different facilities during its production. In Canada, Lincoln-Mercury sold the F-Series under the Mercury M-Series nameplate to expand coverage in rural areas. The first generation of the F-Series is the sole generation produced entirely with "Flathead" engines (inline-6 and V8) and without an automatic transmission option.

1949: The most noticeable change on the 1949 trucks was the deletion of the red pinstripes on the silver painted grille bars. Wheels were painted to match body color, rather than the previous black wheels. Defroster added as an option. Running boards trimmed at the frame for ease of replacement. Passenger Taillight became standard as well as Reflectors on both sides.