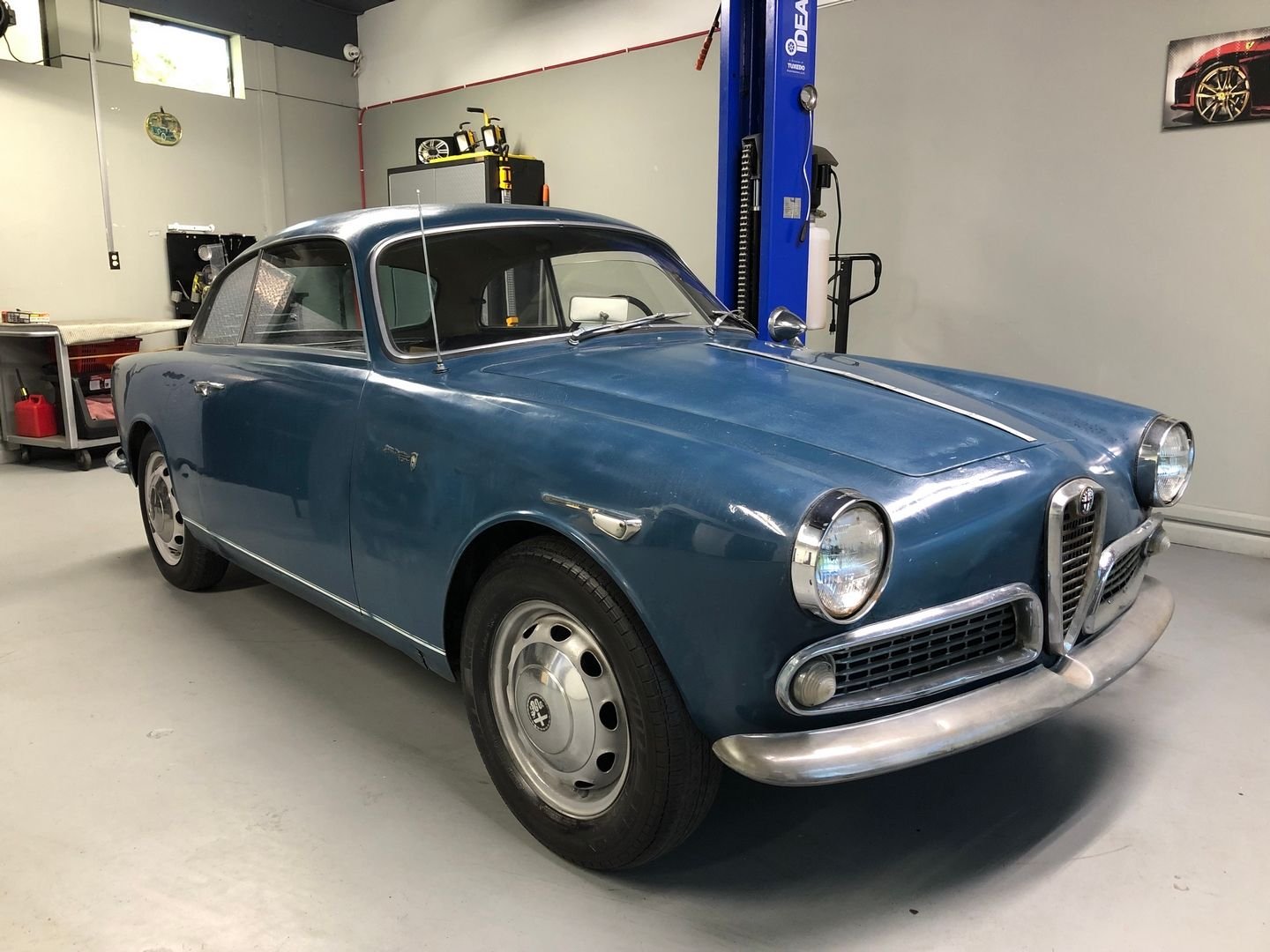 A new version of the Giulietta Berlina debuted at the Frankfurt Motor Show in 1959. Mechanical changes were limited to shifting the fuel pump from the cylinder head to a lower position below the distributor, and moving the previously exposed fuel filler cap from the tail to the right rear wing, under a flap. The bodywork showed a revised front end, with more rounded wings, recessed head lights, and new grilles with chrome frames and two horizontal bars. The rear also showed changes, with new larger tail lights on vestigial fins, which replaced the earlier rounded rear wings. The interior was much more organized and upholstered in new cloth material; the redesigned dashboard included a strip speedometer flanked by two round bezels, that on the T.I. housed a tachometer and oil and water temperature gauges. The T.I. also received a front side repeater mounted in a small spear, unlike the Normale which kept the earlier small round lamp with no decorations. During 1959 the type designation for all models was changed from 750 and 753 to 101.

In February 1961 the 100,001st Giulietta rolled off the Portello factory, with a celebration sponsored by Italian actress Giulietta Masina.