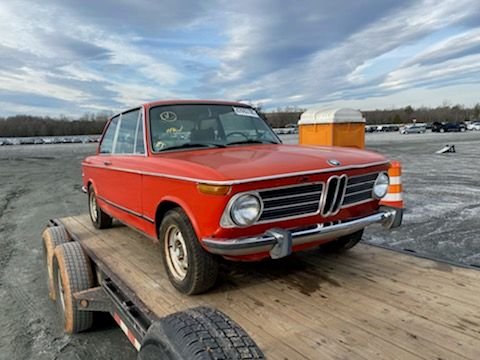 The BMW 02 Series is a range of compact executive cars produced by German automaker BMW between 1966 and 1977, based on a shortened version of the New Class Sedans.

Helmut Werner Bönsch, BMW's director of product planning, and Alex von Falkenhausen, designer of the M10 engine, each had a two-litre engine installed in a 1600-2 for their respective personal use. When they realized they had both made the same modification to their own cars, they prepared a joint proposal to BMW's board to manufacture a two-litre version of the 1600-2. At the same time, American importer Max Hoffman was asking BMW for a sporting version of the 02 series that could be sold in the United States.

• CLEAN TITLE
• THIS BMW 2002TII HAS 93,511 MILES
• NUMBERS MATCHING
• 4 CYL. ENGINE WITH MANUAL TRANSMISSION
• GARAGE KEPT
• NOT RUNNING DUE TO SITTING FOR A FEW YEARS, ENGINE TURNS OVER