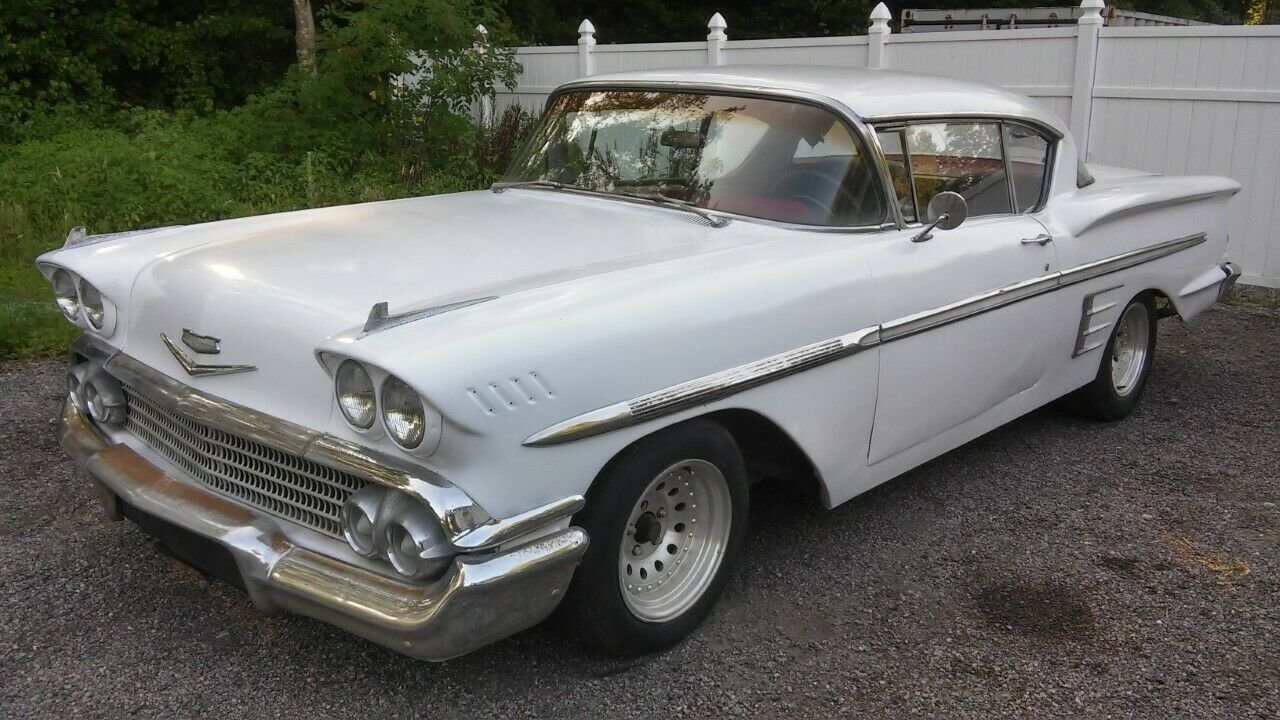 This vehicle is located in:
MENDON, MA

For 1958, GM was promoting their fiftieth year of production, and introduced anniversary models for each brand; Cadillac, Buick, Oldsmobile, Pontiac, and Chevrolet. The 1958 models shared a common appearance on the top models for each brand; Cadillac Eldorado Seville, Buick Roadmaster Riviera, Oldsmobile Holiday 88, Pontiac Bonneville Catalina, and the Chevrolet Bel-Air Impala.

The Impala was introduced for the 1958 model year as top of the line Bel Air hardtops and convertibles. From the windshield pillar rearward, the 1958 Bel Air Impala differed structurally from the lower-priced Chevrolet models. Hardtops had a slightly shorter greenhouse and longer rear deck. The wheelbase of the Impala was longer than the lower priced models, although the overall length was identical. Interiors held a two-spoke steering wheel and color-keyed door panels with brushed aluminum trim. No other series included a convertible.