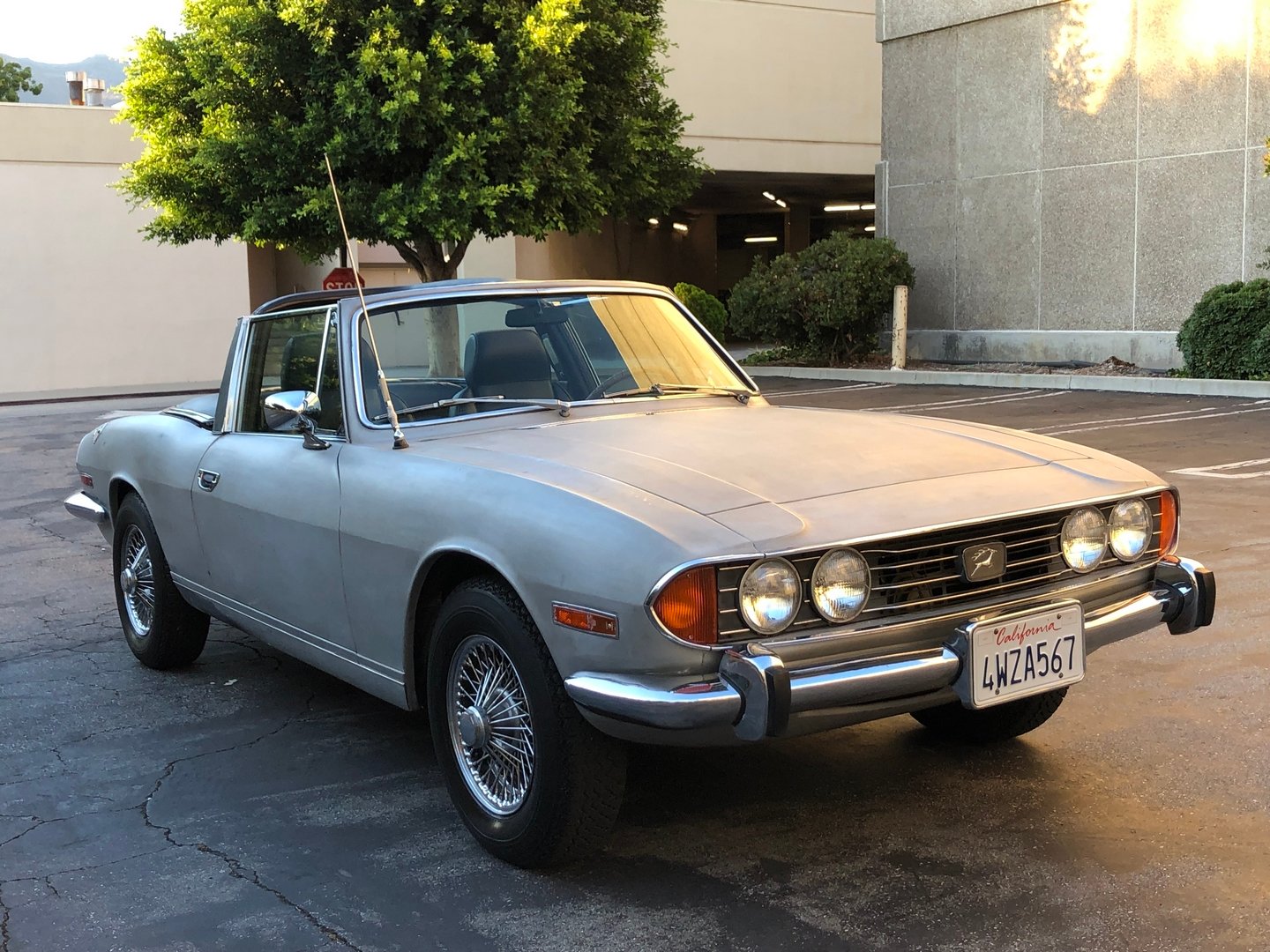 The Triumph Stag is a 2+2 sports tourer sold between 1970 and 1978 by the British Triumph Motor Company, styled by Italian designer Giovanni Michelotti

Envisioned as a luxury sports car, the Stag was designed to compete directly with the Mercedes-Benz SL class models. All Stags were four-seater convertible coupés, but for structural rigidity – and to meet proposed American rollover standards of the time – the Stag required a B-pillar "roll bar" hoop connected to the windscreen frame by a T-bar. A body color removable hard top with defrost wires on the rear window, full headliner and lever operated quarter windows was a popular factory option for the early Stags, and was later supplied as a standard fitment.

The car started as a styling experiment cut and shaped from a 1963–64 pre-production 2000 saloon, also styled by Giovanni Michelotti. His agreement was, if Harry Webster, Director of Engineering at Triumph. liked the design, Triumph could use the prototype as the basis of a new model. Webster loved the design and took the prototype back to England. The end result, a two-door drop head (convertible), had little in common with the styling of its progenitor 2000, but retained the suspension and drive line. Triumph liked the Michelotti design so much that they propagated the styling lines of the Stag into the new T2000/T2500 saloon and estate model lines of the 1970s.