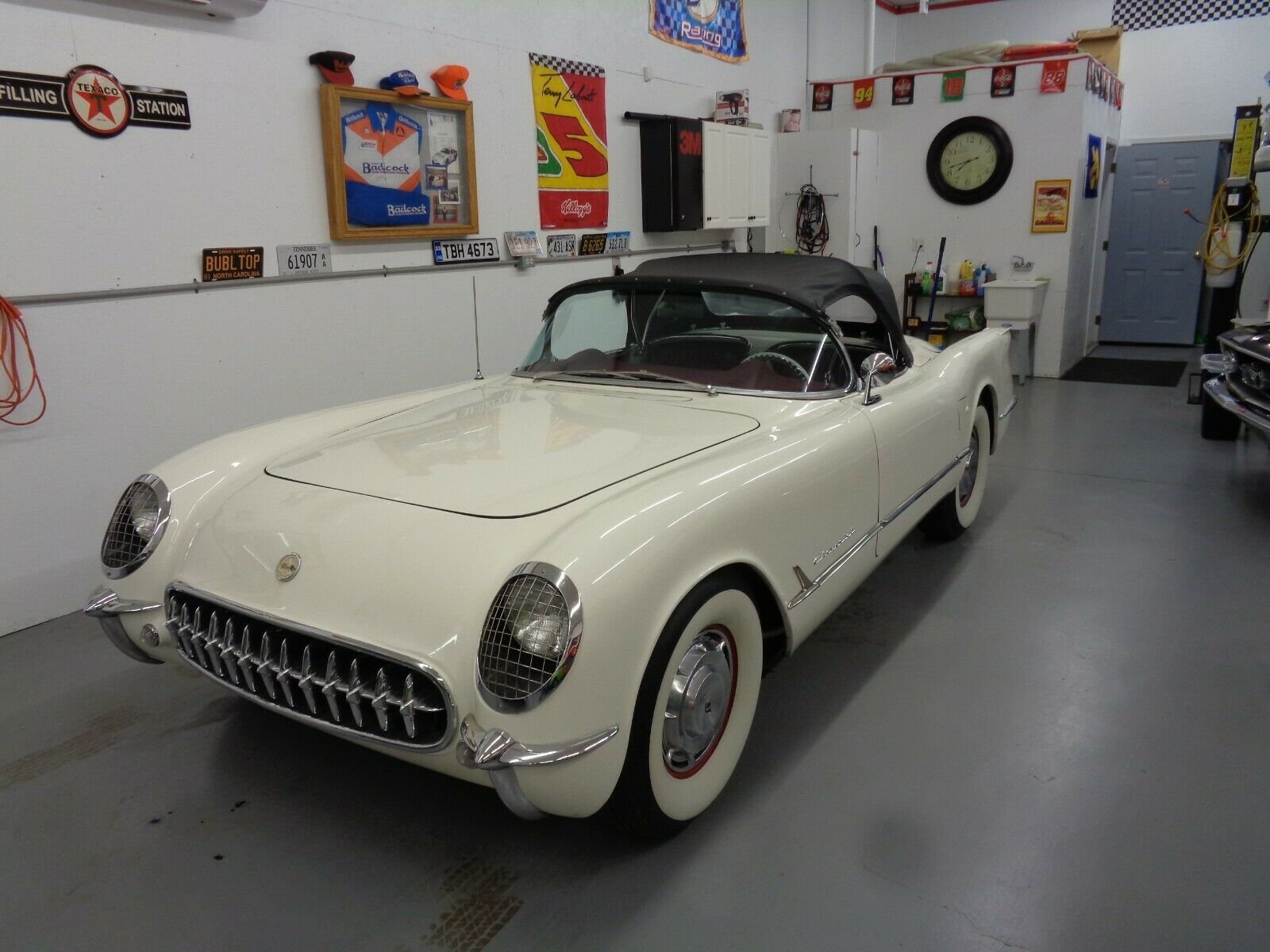 This vehicle is located in:
SPARTANBURG, SC

The Chevrolet Corvette (C1) is the first generation of the Corvette sports car produced by Chevrolet. It was introduced late in the 1953 model year, and produced through 1962. It is commonly referred to as the "solid-axle" generation, as the independent rear suspension did not appear until the 1963 Sting Ray. The Corvette was rushed into production for its debut model year to capitalize on the enthusiastic public reaction to the concept vehicle, but expectations for the new model were largely unfulfilled. Reviews were mixed and sales fell far short of expectations through the car's early years. The program was nearly canceled, but Chevrolet would ultimately stay the course.

The 1953 model year was not only the Corvette's first production year, but at 300 produced it was also the lowest-volume Corvette. The cars were essentially hand-built and techniques evolved during the production cycle, so that each 1953 Corvette is slightly different. All 1953 models had Polo White exteriors, red interiors, and black canvas soft tops. Order guides showed heaters and AM radios as optional, but all 1953 models were equipped with both. Over two hundred 1953 Corvettes are known to exist today. They had independent front suspension,[1] but featured a rigid axle supported by longitudinal leaf springs at the rear. The cost of the first production model Corvettes in 1953 was $3490