Why Is Cuba Filled With Classics 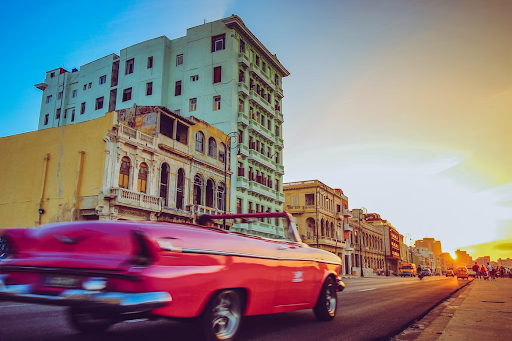 Despite having few things in common with its US neighbor, Cuba has inadvertently turned classic American cars into one of its most identifiable emblems in the six decades after the two countries severed trade links. They have also grown to be a well-liked tourist destination because they provide a vivid depiction of Cuba's opulent 1950s splendor. One of the rare places in the world where the majority of private cars are older than their owners is Cuba. Due to the protracted US trade embargo, Havana and Santiago de Cuba are home to a great collection of vintage Buicks, Pontiacs, Oldsmobiles, and Plymouths that recall a time when Detroit still produced the most advanced engines on earth. The resourcefulness of these cars' owners is demonstrated by the fact that they are still running, which turns Cuba into an open-air museum of vintage cars and makes the country a perfect destination for all classic car enthusiasts! 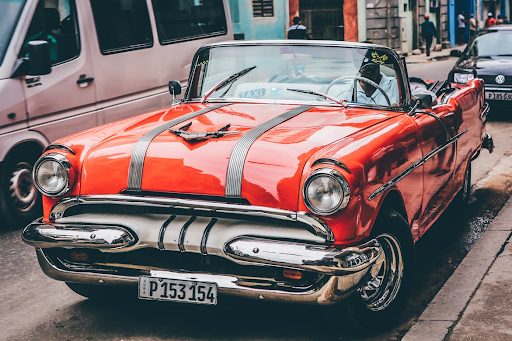 The Cubans have been forced to adjust and be inventive due to their lack of access to spare American parts and inability to acquire new ones from Japan or Europe. Many of their elderly cars have been modified and made hybrid. It's possible that what appears to be a 1955 Chevrolet beneath is actually a Lada engine or salvaged truck pieces from Mexico. Because of this, a sizable part of the "Yank tanks" that squeak and wheeze their way through the streets of Cuban cities appear to have at least one wheel in the trash. However, not all of them are antique cars or jalopies. Some Cuban automobiles have been painstakingly revived. Gran Car is a government-run taxi service that takes tourists around Cuba's largest cities in reconditioned American cars. The vintage vehicles are kept in incredibly polished condition, brazenly portraying the lost grandeur of the 1950s, even though they have higher rates than conventional taxis. Gran Cars are well-polished, effortlessly stylish animals; forget about exploding engines or intrusive body corrosion. 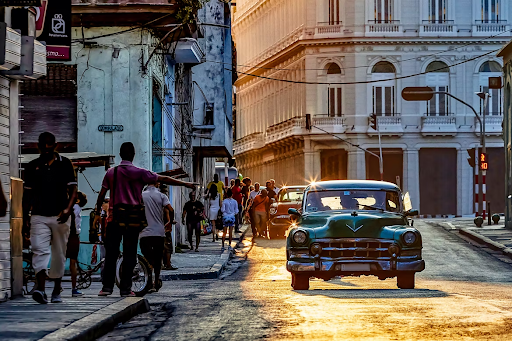 If you look around, you'll soon be debating between buying a bubblegum-pink Chevy Bel Air with leather seats or a 1941 Ford convertible. Vehicles from Gran Car are utilized expressly for city excursions, and a friendly chauffeur who is also a guide serves as such while sporting a guayabera shirt and a wide-brimmed straw hat. The trips are especially well-liked in Havana, where drivers wait in and around Parque Central while meticulously polishing their cars. Budget approximately €30 (US$34) for a one-hour tour of Havana's top attractions, which includes a required ride along the Malecon sea-drive while evading enormous waves. The company charges drivers a levy each month to lease their vehicles, and they typically take foreign money as payment. Euros are typically preferable, but check before making travel plans. Some vehicles can transport you further away. With Cubautos Traveling, you may take a weeklong tour of Cuba in a vintage car and have lodgings in casas particulares (private homestays) at several locations along the road. Prices for the vehicle and driver start at about €20 per day, plus an additional €70 per day for food and lodging for two people. A trip in a cab made in the Cuban way is enlightening for tourists itching to blend in with the country's perplexing economy.

Shared taxis, often known as colectivos or almendrones or máquinas by locals, operate along predetermined routes in major cities like Havana and at reasonable prices in Cuban pesos. Almendrones are almost always outdated American cars without the benefits of modern botox. We mean it when we say something is old. These figurative dinosaurs of Detroit are known for their stiff doors, belching exhausts, and top speeds of roughly 40 km/h. Almendrones are mostly only used by Cubans, usually five at a time. They are rarely used by tourists since they are unable to hail one using the convoluted mecánica (local method of doing things), a strange and unintelligible system of hand gestures resembling semaphore. But with a little Spanish and a Cuban buddy who's prepared to share "the knowledge," it's a one-of-a-kind, only-in-Cuba experience you won't soon forget. According to travel guides and magazine spreads, every street in Cuba is home to a shabbily romantic Pontiac with an oily muchacho at the wheel. The most popular vehicle in Cuba, however, is not a dashing Chevrolet Bel Air or a curvy Buick; rather, it is the somewhat less attractive Russian Lada, closely followed by its hideous cousin, the horrifying Moskvitch.

Ladas were a prominent status symbol in the 1970s and 1980s when they were awarded to Communist Party employees in recognition of their hard work. Today, they are seen as a bit of a cheap joke outside of Cuba. There are still several of these boxy Fiats in the Soviet style in a nation where nothing is thrown away. Nowadays, a sizable part of Ladas operates as privately operated yellow-and-black taxis. Lada taxis must spend their days cruising the streets in search of customers because they are not permitted to wait at the designated official taxi ranks outside tourist hotels (which are only for Gran Cars or contemporary state-owned Cubataxis). It is completely acceptable for budget-conscious travelers to hail one (no complex hand signals are required) and negotiate a fee before getting inside. Expect neither air conditioning nor seat belts in terms of quality. What these Russian artifacts lack in comfort, however, they make up for in affordability and durability. 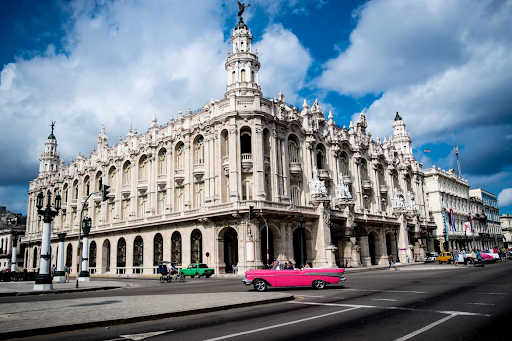 There are other Fiat replicas in Cuba than Ladas. The Fiat-licensed Polski 126, which was produced and built in Poland by Cuba's former allies, is another example of a Cold War relic. The diminutive but culturally significant Polski was later dubbed the polaquito (little Pole) by the Cubans, who imported it in large numbers; the nation claims to have an estimated 10,000 registered Polski owners. Nevertheless, it's unlikely you'll ever see one gracing the front cover of a glitzy travel magazine, despite the car's adorable look and merciless gasoline efficiency compared to the diesel-guzzling "Yank tanks". Old British automobiles too are often seen driving through Cuba's streets. The often-forgotten cast-offs of Cowley and Coventry are more uncommon than their American cousins, yet they are just as lovely and frequently just as well-kept. The Hillman Minx Series I to Series IIIC was the most well-known British automaker to cross the Atlantic in the 1950s and 1960s (and survive), though you might also see a few Morris Minors and Triumph Heralds. 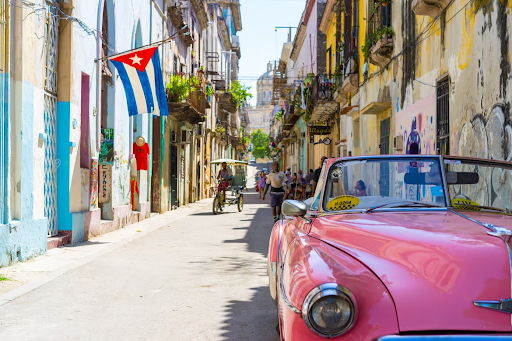 Car aficionados in the United States are eager to acquire vintage vehicles in Cuba. Even if the trade embargo is fully abolished, present Cuban legislation prohibits the removal of the vehicles from the country. That might alter in the future. Nevertheless, some auto experts claim that serious automobile collectors would be better off looking for a vintage vehicle in the United States because most of the vehicles in Cuba have not been well-maintained. As we've already mentioned, the majority of Cuban cars have been maintained using foreign replacement parts, which might have an impact on the vehicle's functionality and value. To acquire a piece of Cuban history, some American collectors could be drawn to buying Cuban automobiles. The problem is that despite the embargo being removed, it's difficult to envisage all of these cars leaving the island because they represent an integral part of Cuban culture. It would fundamentally alter Cuba's cultural landscape and automotive aesthetic, where these vintage vehicles are commonplace. The Cuban vehicle market would be inundated with spare parts and repair manuals if the embargo were relaxed. Lifting the embargo could have a tremendous impact on Cuba's automotive culture, but this is the main one. Older vehicles might be properly fixed and maintained on the road for forthcoming decades.